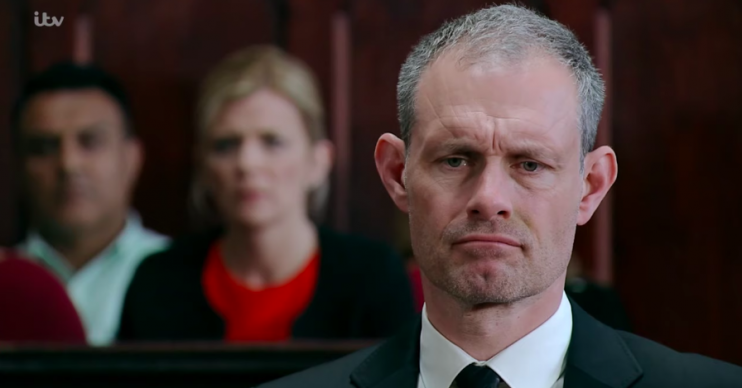 Coronation Street fans were horrified last night as David Platt was sent to prison and Nick Tilsley avoided it for his crime.

Nick had stolen Audrey’s £80,000 inheritance from Archie Shuttleworth to fund his purchase of the factory and his divorce.

But when David discovered what he had done, he forced Nick to use some of the money to fund the barbers, furious about Audrey taking the Salon from him.

Scheming Nick eventually came clean about being the mastermind behind the scam to steal Audrey’s money, but it came after he tried to use his historic brain injury to avoid a prison sentence.

And with David serving a suspended sentence for attacking Gary Windass last year, the judge had no choice but to send him to prison – while letting Nick go free.

Read more: Coronation Street viewers dismayed as Maria gets steamy with her nephew!

She told them: “In light of the evidence, Mr Tilsley’s admission and taking your mitigation into account, I’m now persuaded that you were not the instigator nor the ringleader in the crime perpetrated against your grandmother.

“However, I cannot ignore the fact you were already on a suspended sentence and therefore I am obliged to activate that at least in part.

“I take into account your guilty plea, the time that has passed, your family circumstances and hereby sentence you to eight months in total, serving half in custody and half on licence.”

Meanwhile, despite finally coming clean and admitting it was all his plan and David had no idea, Nick managed to avoid prison.

However with Nick’s medical condition with his brain injury and his business in Underworld the judge was forced to apply leniency to his sentencing.

And instead of jailing him for two years, she suspended the sentence meaning Nick was able to return home.

The furious judge added: “There is an argument to say you should be serving a custodial sentence too Mr Tilsley so please consider yourself very lucky.”

Like the judge, viewers were raging at Nick escaping justice while David was sent back to prison.

One said: “I fail to see how Nick completely got off with that regardless of previous convictions? He didn’t just nick a tenner off his gran, he stole 80k and lied about it in court.”

A second said: “So the moral to the story is rip your gran off of all her money, lie like [expletive], blame your brother and then tell the truth and you’ll get off with it.

Another added: “@itvcorrie Well done Corrie for highlighting the shambles of the UK judicial system. David was innocent, gets 4 months in jail. Nick was guilty and walks free. #FreeDavidPlatt”

Should Nick be in prison? Leave us a comment on our Facebook page @EntertainmentDailyFix and let us know what you think!