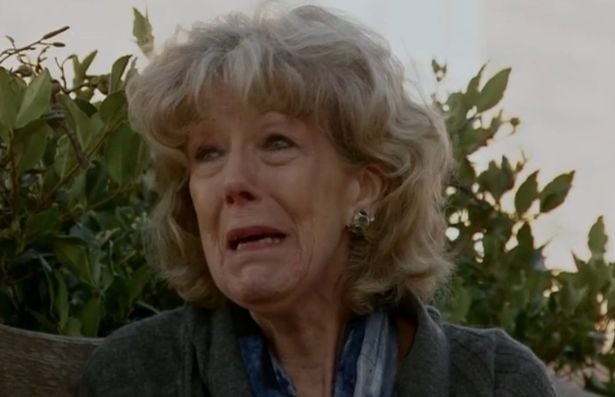 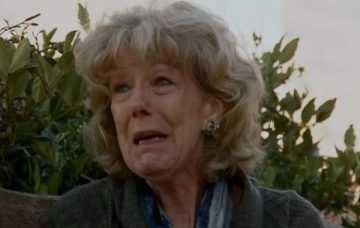 How has she lost all her money?

Fans of Coronation Street have watched in bewilderment as Audrey Roberts finds herself totally broke after grandson Nick stole £80k from her.

It’s a pretty sizeable amount to lose, granted, but what viewers can’t understand is what’s happened to all the money she had before she inherited the £80k.

Audrey’s never seemed to be struggling before, living in a nice house, running her own business and keeping her late lover, Lewis Archer, in the manner to which he’d become accustomed.

So when she inherited the money from Archie Shuttleworth it was just a nice little extra, surely?

Well, apparently not, because since new cobbles super-villain Nick Tilsley stole her inheritance, Audrey’s been down on her luck.

She’s had to sell her share of the salon and move in with Gail and the Platts because of dry rot in her house – and she’s had to take a rock bottom quote to be able to afford to fix it.

Fans are baffled as to just when she fell into such dire straits. If the money from Archie was extra, why is she struggling so much?

One ED! reader commented: “So before she inherited that bloke’s money she seemed financially ok. Why all of a sudden does she have to sell her share as if she hadn’t inherited that money nothing would have changed with her finances?”

Another added: “What is this rubbish?! She wasn’t hard up before she got Archie’s £80k but now it’s gone she’s penniless.”

What happened to the rest of Audrey's money that she had before the stuff Archie left her? #corrie

I always thought Audrey was comfortably off. She must have spent an awful lot of money on Lewis. Doesn’t she own Maria’s flat ❓Why couldn’t she move there with Maria and Emma and Bethany could have waited until she left. There’s so much confusion.#corrie

Why is Audrey struggling for money?? The money that Nick pinched was an extra from Archie… before that she wasn’t struggling 🤔🤷🏼‍♀️ @itvcorrie #corrie #CoronationStreet

Still don't understand why Audrey is having her money problems. She was ok before she got that money from the will. Yes the money was stolen but only the money she got from the will. It was money she didn't have before yet she's suddenly broke #corrie pic.twitter.com/befD5y2Lry

Audrey was cleaned out by her own grandson, Nick, in the beginning of the new Corrie super-villain plot.

His brother David found out and is now blackmailing Nick to go into business with him. They’re opening a new barber’s shop, which has really hit hairdresser Audrey where it hurts.

What do you think of Audrey’s money worries? Leave us a comment on our Facebook page @EntertainmentDailyFix and let us know what you think.