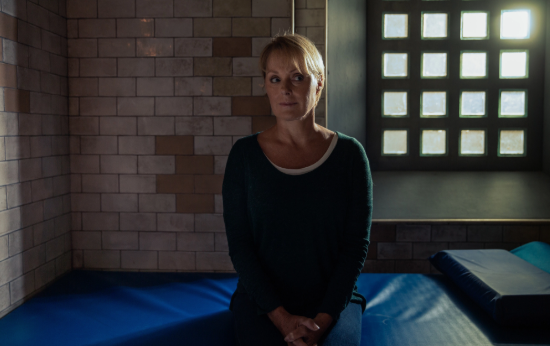 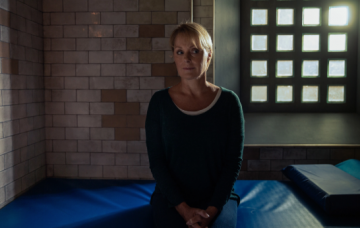 The actor – who has previously starred opposite Brad Pitt, Tom Hardy, Robert De Niro and even Danny Dyer – will join the cast next month.

He’ll play a prison guard at Weatherfield’s prison, but for who and why remains a mystery (although we have our theories).

The guard could be seen alongside Sally’s plotline, as she currently serves time for fraud.

Or could he even be Abi’s guard, as she will be sent down to 16 weeks inside?

GP Ali might also be inside soon, as his brother Ryan is set to betray him by shopping him to the police for the murder of Ronan.

Jobbing actor Adam, who is also a boxer, is set to hit the cobbles in three episodes in December.

He’s no stranger to films or TV and has starred in Kray movie Legend and as Gorgeous George in Guy Richie’s Snatch.

He notoriously plays tough guys due to his boxer build.

Adam might also be recognisable to soap fans, having appeared in Corrie back in 1995 as an unnamed hitman.

The 49-year-old has also appeared in Hollyoaks as both Butler and Johnny Bishop, and Jez Hudson in Emmerdale back in the 90s.

A show insider told the Daily Star Sunday: “Corrie’s producers are thrilled to have such an experienced actor joining the team. He has the perfect back catalogue to play a prison officer.”

They continued: “Adam has fitted in already. And because characters are always in and out of prison, it’s likely we’ll be seeing a fair amount of him on the show.”

Are you looking forward to seeing a new face in Corrie? Leave us a comment on our Facebook page @EntertainmentDailyFix and let us know what you think!