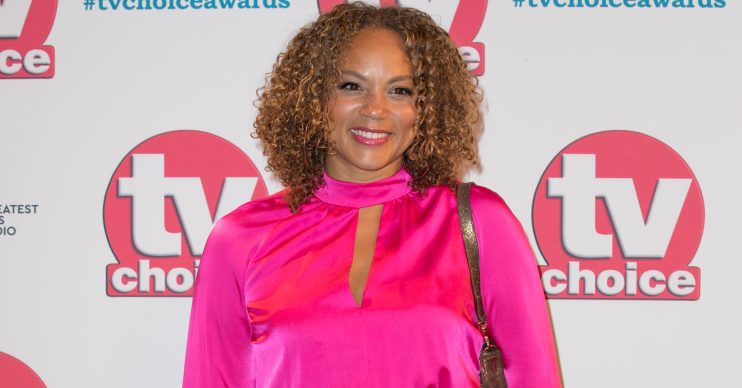 She made a very brief return last month!

Fiona Middleton could be returning to Coronation Street to resolve some “unfinished business”, Angela Griffin has teased.

The 43-year-old actress recently made an emotional comeback to Weatherfield after 21 years away – but viewers might not have seen the last of her!

Her comeback last month saw her only appeared in a few scenes via phone or video link.

Viewers know that Fiona is hairdresser Emma’s mum, and she made her brief return in August as part of a storyline which revealed that Emma’s real dad was Steve McDonald.

Now Angela has teased that she could be arriving on the cobbles in the future to resolve the situation with Steve and Emma – and reveal why she kept him in the dark about his daughter for so many years.

Speaking at the 2019 TV Choice Awards, she revealed there is a possibility she’ll return, saying to Digital Spy: “I think there is in terms that Emma is my daughter and there’s unfinished business with Steve, obviously.

“But there’s no plans at the moment. I think they are just going to let that storyline play out and see what happens.”

When asked if there could be a showdown on the cards with Steve in the future, she answered: “I’d love to film that. He’s got Tracy – if anything, I think the story would be Tracy, Steve and Fiona in a little triangle.

That’s my girl @alexandramardell What a performance this little cracker is giving. Proud to call her mine (I know it’s not real but who cares) #coronationstreet

Angela loved returning to the show to film her scenes and admits she felt “really emotional” going back because Corrie was the programme that launched her acting career.

The Wild Bill star – who originally portrayed Fiona from 1992 to 1998 – shared: “It was really lovely. I literally went for one day and shot it all, it was really emotional.

“It was a long time ago when I started on that show, I was my daughter’s age so to go back was amazing.

“I was quite sad it was for such a short period of time but I couldn’t [do more] because I am filming for Netflix, so there is no way I could. It’s a show called White Lines and it’s set in Ibiza.”

Would you like too see Fiona Middleton return to Weatherfield? Leave us a comment on our Facebook page @EntertainmentDailyFix and let us know what you think!