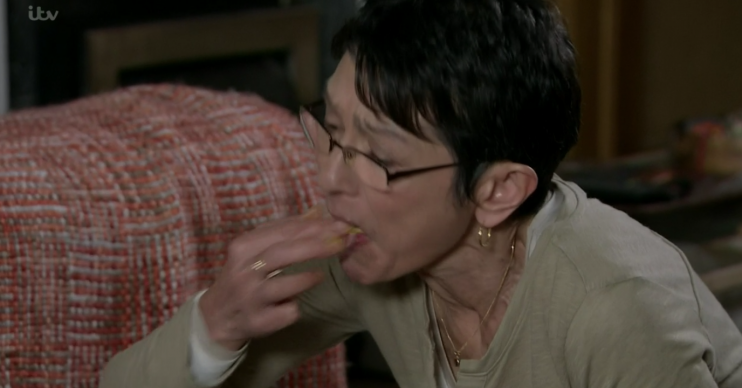 Geoff is definitely not popular with Corrie fans tonight!

Coronation Street viewers have been left utterly disgusted by abusive Geoff Metcalfe after he ‘cheated’ on his wife Yasmeen Nazir in tonight’s episode (Wednesday, March 18).

It came moments after cowed Yasmeen was seen eating a takeaway off the carpet after her twisted husband tipped her dinner onto the floor in yet another rage.

For months Geoff has been abusing Yasmeen in a coercive control storyline, taking control of her money and keeping her apart from friends and family.

In his latest campaign to control his wife, Geoff has strong-armed her into moving abroad, much to the horror of Yasmeen’s granddaughter Alya.

After Alya went to the police to find out more information on Geoff, she discovered he was arrested for affray alongside an ex.

In tonight’s episodes Alya found an article which revealed Geoff and a woman named Jocelyn Barrie were arrested in a pub five years ago.

She showed Yasmeen the article, who then tentatively asked Geoff about the incident.

Realising Yasmeen had had Alya round at the house, Geoff chucked Yasmeen’s dinner on the floor in a fit of rage.

Fearing Geoff would yell at her even more for wasting food if she threw the dinner away, poor Yasmeen started to eat the spilled food off of the floor.

However Geoff looked at her in disgust making out there was something wrong with her.

As he stormed out leaving Yasmeen to clean up his mess, he rang someone…

Later Geoff was seen having dinner with another woman, who he had brought flowers for. 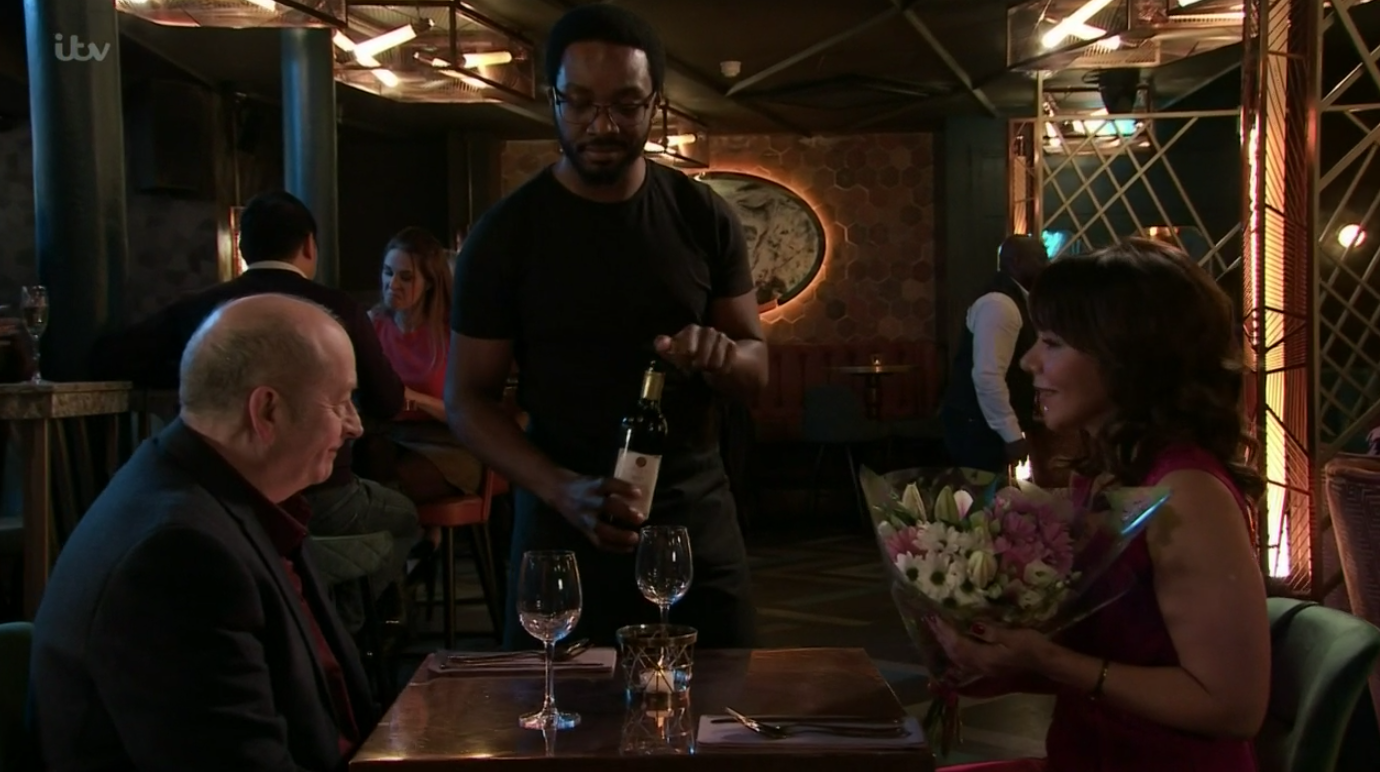 At the end of the episode, it was revealed Geoff’s lady friend is an escort, leaving viewers furious. Like he could sink any lower!.

Will she find out what he’s been up to?

Before he returns, Alya comes over and admits to Yasmeen she reported Geoff to the police.

Yasmeen is terrified about what this may mean and warns her granddaughter not to make her choose.

When Geoff returns home, he makes himself out to be the victim.

When will he get comeuppance?