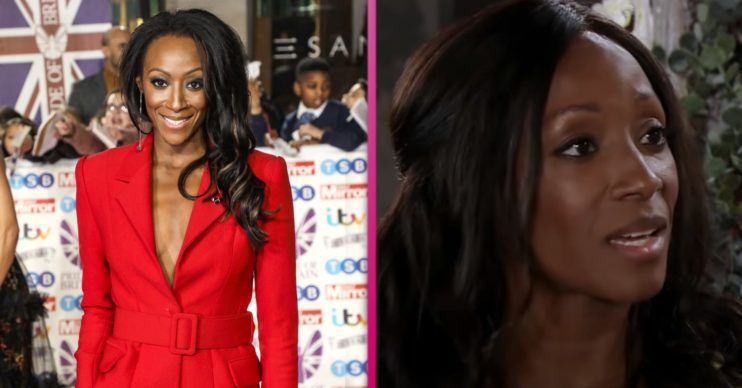 The actress announced the news that she and boyfriend Jonny Lomas are having a baby, in an interview with Hello Magazine.

She said: “We thought we would try next year. So when this pregnancy came along we were like: ‘It’s happening!’

“It did come as a bit of surprise but it’s unbelievably exciting.”

Their baby is due in January. Johnny added: “I am super excited as well as a bit nervous.

It did come as a bit of surprise but it’s unbelievably exciting.

“It’s a new chapter in our lives; all my friends who have kids say it’s going to be hard but the best thing you will ever do.”

Recently Victoria revealed her battle with sickle cell anaemia. Victoria and Johnny decided to wait well into the pregnancy before announcing the news due to her health condition.

The actress, who is six months pregnant, said: “We know friends who have miscarried and so we waited until we were 12 weeks before we even told our parents.

“Then, with my health condition, we wanted a little bit more security and stability in knowing that everything is okay with baby and me.”

Victoria played Angie Appleton in Corrie from 2017 until 2019.

Angie, her husband Jude and their son George moved to the cobbles after Jude reconnected with his birth mother, Mary Taylor.

However Jude had been lying to Angie about what he did for a living.

His lies continued when he let people believe he saved Roy Cropper from an allergic reaction. But it was really Ali Neeson who provided the medical assistance.

Eventually Angie and Jude split and she moved back to South Africa with George after being offered a job by her old boss.