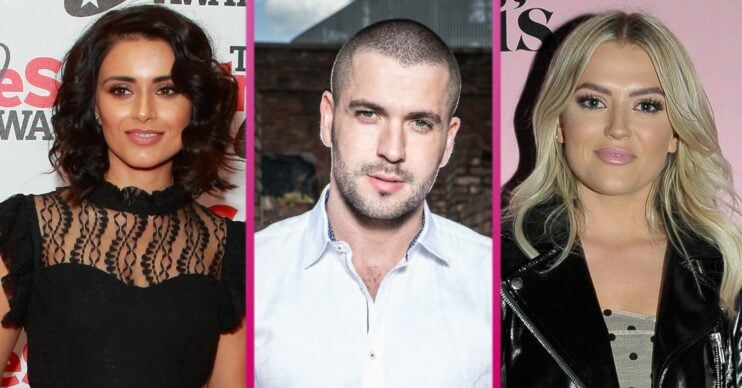 Coronation Street stars we really miss on our TV screens

These Corrie stars need to be on telly more

Coronation Street has produced some of the greatest soap stars this country has ever seen.

From Sarah Lancashire to Suranne Jones to Katherine Kelly – there’s no end to the talents of the cast.

But there are some Corrie stars who we are dying to see on telly more.

Her Corrie journey was not a traditional one – being brought in last minute to replace an actress who lied about her age – but Lucy Fallon was a stroke of casting genius.

A first acting job – four years after joining the cobbles, Lucy decided to spread her wings.

After all on screen she had had pill addictions, grooming horrors, gang rape terror and an affair with a man whose wife was dying of cancer. She certainly packed a lot in.

But since leaving the world has been sleeping on her talent – and we’re all missing out on what she can offer.

Usually when an actor plays an iconic character – they are set for life.

Sadly for Bhavna, later in life lesbian nurse Rana came a cropper on her wedding day to Kate Connor.

She died in the factory roof collapse while wearing her wedding gown – and she’s never been avenged on screen.

Full of talent and beloved by fans Bhavna deserves to be on screens much more – and we definitely miss her.

From X Factor winner to successful soap star – it’s not a path that well trodden.

In fact the names of most X Factor winners tend to slip from the public’s consciousness almost as soon as they arrived – but that’s not been the case with Shayne.

He proved himself to be a capable and likeable actor.

And his final heartbreaking storyline of Aidan Connor’s depression and suicide should mean that he has big things in his future.

Admittedly Michelle has been one of Coronation Street’s biggest success stories.

Having starred in Ordinary Lies, Tina and Bobby and multiple series of Our Girl she was set for major success.

However since then she’s only appeared in little-watched Sky comedy Brassic and that’s just not good enough.

We need more Michelle on our screens.

There was never going to be a chance of James Burrows sticking around in Corrie to play Ali Neeson long term.

We’re lucky we had him for a few years considering what a good actor he is.

But since leaving the cobbles roles have been few and far between.

However that just won’t do – we demand more James Burrows!