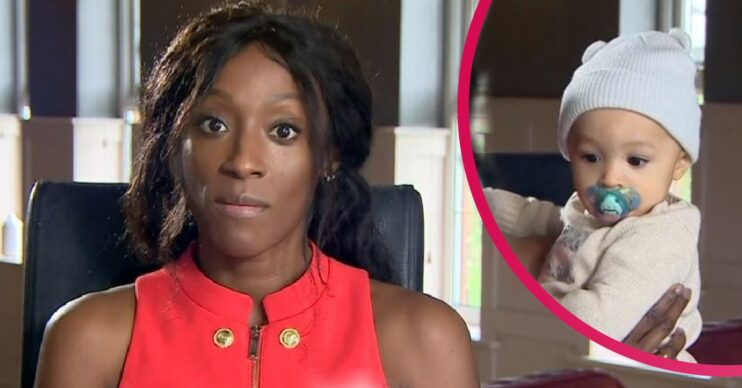 Victoria is undergoing a double mastectomy

The actress spoke about her decision to undergo a double mastectomy following her recent diagnosis.

Victoria even melted the panel’s hearts today as she introduced her baby son, Theo.

What did Corrie star Victoria Ekanoye say on Loose Women?

Victoria – who played Angie Appleton in Coronation Street – opened up about why she made the decision to undergo the procedure.

She said: “When I went for the biopsy I kind of just thought this would be the case.

“I just don’t want to look over my shoulder for the rest of my life.

“I don’t want to have to worry about it. I’ve got a baby boy to love and live for and family and friends.

“I just can’t even begin…” as she became emotional.

Victoria continued: “…to think about not being here for any of them.

“So if I can eliminate as much risk as possible then I will. So that’s what I’m doing and yes it’s a more invasive procedure.

“Yes it’s a long recovery time. But ultimately if it can just take that large amount of risk away, it’s just piece of mind.”

She added: “It’s really good as well for me because it means for my mental health I don’t have to worry about it.

“So yes it was a big decision but for me it was one of the easiest decisions of this whole process.”

Later in the interview, Victoria’s son Theo made an appearance and melted the panellists’ hearts.

Host Charlene White gushed: “Oh, how gorgeous is he!”

She added: “Like I said, how can I not do everything in my power to make sure I’m still here for him.

“As cheeky as he is and how boisterous he can be, he’s just our everything.”