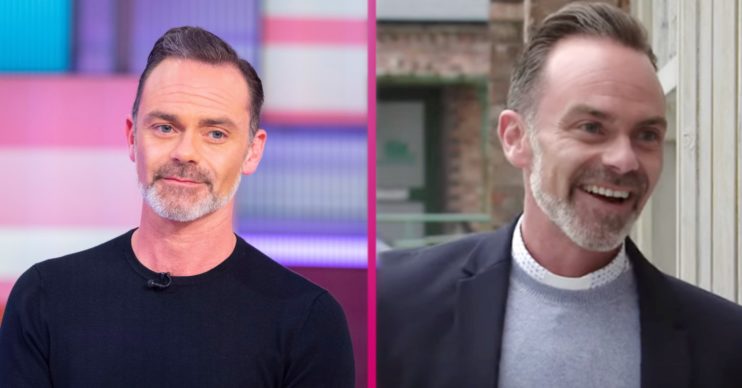 He needed his hand gluing!

Coronation Street star Daniel Brocklebank, who plays Billy Mayhew, has thanked the NHS after he cut his hand.

The actor posted to his Twitter about the incident.

He wrote: “Had a small accident in the kitchen today involving a knife and my hand. #NHS staff utterly amazing. These guys deserve so much more than they get! Thank you for gluing me together.”

Had a small accident in the kitchen today involving a knife & my hand.. #NHS staff utterly amazing. These guys deserve so much more than they get! Thank you for gluing me together! ❤️

His followers saw the tweet and quickly responded to check he’s okay.

One wrote: “I hope you’re okay, I hope you still have ten fingers.”

A second said: “Not good when that happens. Hope you’re okay and it heals soon. NHS staff are amazing and they should be proud of themselves.”

Unfortunately Daniel isn’t the only Corrie star who has ended up in hospital recently.

Back in March, Coronation Street suspended production due to the coronavirus pandemic. The show began filming again at the end of June.

However, Daniel revealed he was actually off work for fives months as he stopped filming at the end of February.

Speaking about his time in lockdown with Women’s Own Magazine, Daniel said: “Sometimes I was fine, other times I was going nuts.

Read More: Coronation Street: Where have you seen Leanne’s friend, Mandy, before?

“I had 12 weeks where I didn’t see anyone at all because I live alone. I don’t stop talking and the conversations with myself became incredibly in-depth.”

He continued: “I actually spoke to my stomach one day when it grumbled. I was like ‘alright, I’ll feed you in a minute!'”

However, the actor is now back filming on the cobbles and has been keeping his followers updated with his social media posts.