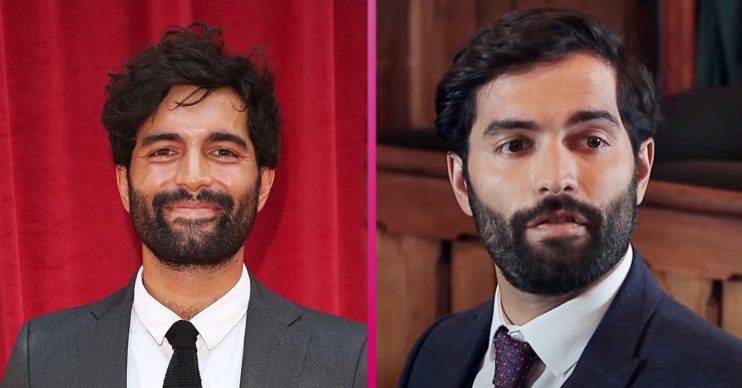 Charlie changed up his looks in lockdown

Coronation Street star Charlie De Melo received “worried messages” from the soap’s ‘head of hair’ after he shaved off his tresses during lockdown.

The actor, who plays Imran Habeeb on the ITV soap, did away with his locks when the programme’s stars were on a break due to the coronavirus pandemic.

But he began to grow concerned that he might have cut off a bit too much when he found out about his Weatherfield return date.

Read More: Faye Brooks looks more loved up than ever with boyfriend Joe as she reveals relationship ‘test’

He said: “I was very worried – it was a bold choice.

“It was just three weeks of lockdown when I did it.

“Once the dates for returning to set became more solid, I started getting worried messages from our head of hair and make-up.”

However, Charlie didn’t need to be concerned as his hair ended up being “closer to its pre-lockdown length than most” upon his return to the cobbles, while many of his co-stars were unable to get a haircut before filming restarted.

He added to Inside Soap magazine: “To be fair, my hair grows like a weed, but it could have gone really south.

“It worked out OK, as other people had been growing theirs, then couldn’t get a haircut when they needed to go back to the show – so mine was closer to its pre-lockdown length than most.”

Charlie’s co-star Ben Price recently admitted he had a “home haircut” during lockdown which didn’t go to plan.

He said: “I’ve had the home haircut, which went pretty badly.”