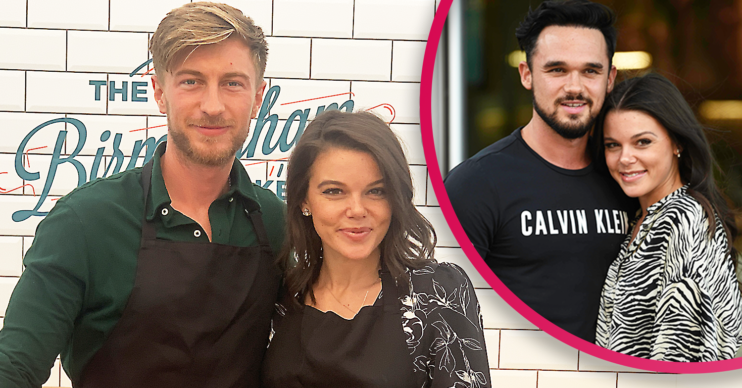 They grow close after her split from Gareth Gates

Faye Brookes and boyfriend Joe Davies looked more loved up than ever as they attended an event in Birmingham earlier this week.

Onlookers said the pair looked “loved up” as they spent the day at The Big Bakes.

The couple were seen larking around together as they baked a cake.

Onlookers even revealed that former Corrie star Faye admitted “baking had saved them through lockdown”.

Clearly keen to show off their skills, the pair created a “gravity cake”. It was covered in bright yellow icing and slices of lemon.

The actress quipped: “This is really going to test our trust and relationship if we are going to work together to bake a half decent cake.”

Indeed, Faye was seen teasing her personal trainer beau and issuing instructions to him regarding the cake’s decoration during their day out.

This is really going to test our trust and relationship!

And, it appears Faye’s family approve of the actress’s new love match.

They accompanied the couple to the event. They also went head-to-head with the pair in a 90-minute Great British Bake Off-style competition.

Gareth reportedly demanded that Faye return the £30,000 diamond engagement ring he had given her.

The singer also denied that his “controlling behaviour” was behind their split.

Rumours also emerged that Faye had enjoyed a fling with her Corrie co-star Sam Robertson while on a break from Gareth.

And, later in August, Gareth was said to be “heartbroken” at reports Faye had grown close to her personal trainer – Joe.

In November, Faye went red carpet official with Joe. The couple attended the opening night of musical White Christmas together.

They are said to have bonded over their mutual love of fitness.

Over on Instagram, Faye has declared her love for her new man every so often.

Friends commented she seemed “so happy” with her hunky new man.