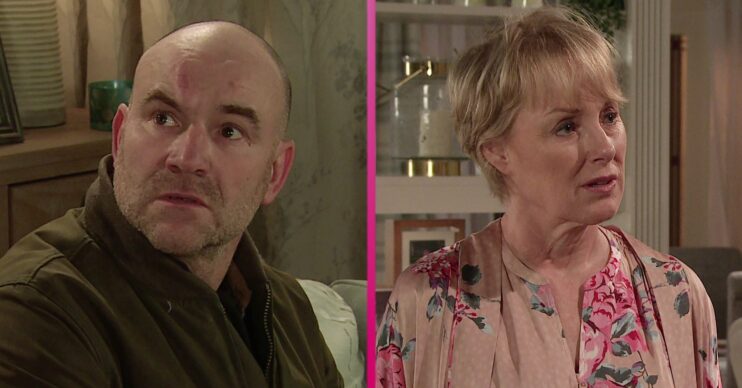 Coronation Street spoilers for tonight reveal Tim gets some worrying news about his health.

Meanwhile Zeedan and Marrium decide to get back together and Adam helps Lydia get a new job.

Sally insists Tim goes on a run with her but Tim worries about his heart. He goes too slow and lets Sally go on ahead.

Aggie secretly goes with Tim to his appointment after he refuses again to tell Sally.

However Tim is shocked when the consultant tells him he needs a triple heart bypass.

The consultant warns Tim that without an operation, his next heart attack could be fatal.

Tim struggles to cope with the diagnosis and remains in denial despite Aggie telling him to listen to what the consultant has said.

Later Sally is hurt when he refuses her suggestion of a sexy night in.

Coronation Street spoilers: Zeedan and Marrium get back together

As Yasmeen and Stu get the restaurant ready for tomorrow’s reopening.

In Victoria Garden, Zeedan and Marrium admit they’re going to miss each other and kiss tenderly.

Zeedan confesses to Marrium that he’s still in love with her and reckoons they should give thier mariage another go.

Marrium admits she feels the same and suggests she moves up to Manchester and Zeedan is taken aback. How Alya react to the news?

When Daniel wants to know why Lydia lost her job, a frosty Sarah tells him to ask Adam.

Later Lydia reveals that Carla has given her the PA job at the factory and it was Adam who sorted it, Sarah is pleased for her.

Adam is relived he’s finally got something right.

Sarah finds Adam busy cleaning words painted on his office window. Adam reckons it was Jeremy Bremner and he still hasn’t got over his boundary dispute.

In the café Mary teaches Sam some famous chess moves.

Having borrowed Hope’s walkie-talkies, Nick plays chess with Sam in the Bistro and Sam talks to him for the first time since Natasha’s death, leaving Nick overjoyed.