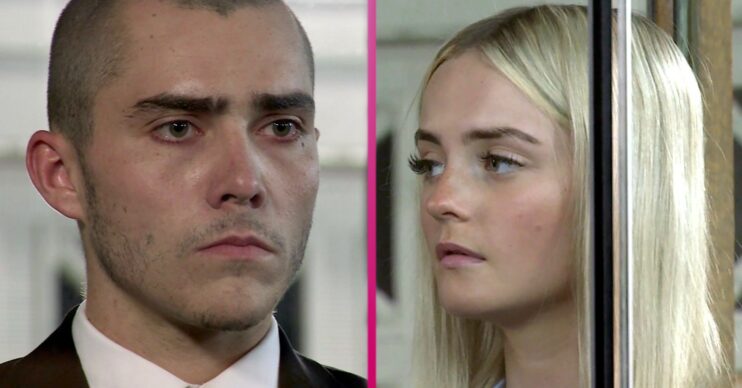 Will justice be served?

Coronation Street spoilers for tonight reveal the verdict comes in, but will justice be served?

Meanwhile there is some shocking news from the prison.

Earlier this year, Nina Lucas and Seb Franklin were attacked by Corey Brent, Kelly Neelan and their friends.

Seb died from his injuries and for a few months, Nina struggled to remember what happened.

However after doing a reconstruction, Nina was able to remember that Corey kicked Seb and Kelly begged him to stop.

Corey and Kelly’s trial started recently and while Nina remembered Corey kicking Seb, Corey claimed that it was Kelly who attacked him.

Nina was also questioned about what she remembers and Corey’s ex-girlfriend Asha told the court how Corey asked her to lie for him about where he was the night of the attack.

Tonight the jury is out and Imran is still fighting to prove Kelly’s innocence.

Meanwhile Abi is desperate to unmask Corey for the killer that he is.

Abi intends to find some hard proof that Stefan bribed a witness, but Kevin wishes she would leave it to Imran.

Will Abi be able to find anything? What’s going to happen?

The verdict comes in

Back in court, the verdict is in, but will justice be served?

Meanwhile Imran shares a drink with his ex-wife, Sabeen.

Back on the street the residents discuss the verdict.

Later there is some shocking news from the prison. What is it?