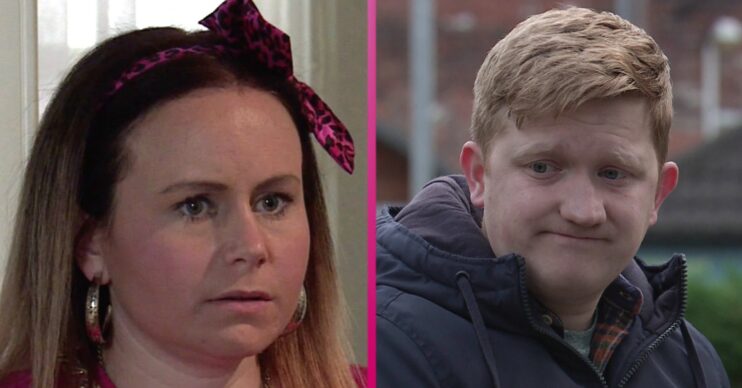 Coronation Street spoilers tonight: Gemma and Ches lose one of their kids in heartbreaking story?

Linda has an idea

Coronation Street spoilers for tonight reveal Linda asks Joseph if he wants to come and live with her.

Meanwhile Max apologises to Daniel and Abi makes a confession to Sally.

Coronation Street spoilers: Gemma and Ches lose one of their kids?

Linda calls at No.5 and offers to pay for Joseph to attend the activity club.

As an excited Joseph heads off with Granny Linda, Bernie confides in Gemma that she doesn’t like Linda.

Linda returns home with Joseph to be greeted by Bernie who explains two of the quads are ill.

When Linda suggests that Joseph can stay with her at her swanky hotel, Joseph is thrilled.

Linda tentatively suggests to Chesney that it’s clear they’re struggling and it might be best if Joseph comes to live with her in Portugal.

Chesney is furious and orders Linda out of the house. Outside No,5 Bernie has a go at Linda.

Soon Joseph approaches hearing the commotion and Linda asks him outright if he wants to come and live with her.

In the café, Chesney makes it clear to Linda that she’s to stay away from Joseph in the future.

As Gemma and Chesney discuss how best they can ensure Joseph’s happiness, Joseph listens on the stairs and misconstrues by thinking they don’t want him anymore.

Later, he announces that he wants to go and live with his granny Linda.

Max approaches Daniel in the cafe and apologises for all the grief he’s given him.

Soon Max tells him that he’ll be returning to school next week.

Kevin and Jack reveal to Abi that they’ve booked a holiday in Bridlington for after the adoption hearing as a celebration.

Meanwhile Imran and Toyah celebrate their engagement in the Bistro.

However the romantic mood is broken by the arrival of Sally, Abi and Sean.

Sally finds Abi outside the Bistro clearly upset and Abi admits to her she slept with someone else behind Kevin’s back.

Stu gets back at Tracy?

Later Tracy brags to Jenny and Stu about the fine wine tasting experience Ken got her for Christmas.

Stu remarks to Jenny that Tracy ought to be taken down a peg or two.

Meanwhile in the factory, Lydia lies to Sarah telling her she tried to finish her relationship with the married man but he refuses to accept it’s over.

Later Sarah tells Adam about the married man Lydia has been seeing and how she feels sorry for her as he won’t leave her alone.