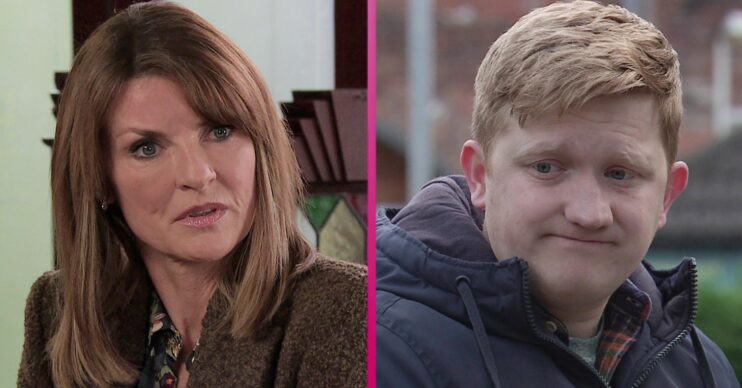 Who is Linda Hancock in Coronation Street? What else has Jacqueline Leonard been in?

Linda Hancock returned to Coronation Street tonight (Wednesday, February 16) but who is she and has she been on the cobbles before?

Who is Linda Hancock in Coronation Street?

Linda is the mother of Izzy Armstrong and the late Katy Armstrong.

She was previously married to Owen Armstrong and is the grandmother of Jake Windass and Joseph Brown.

When Izzy and Katy were little Linda and Owen separated after she had an affair.

Owen continued to raise his daughters without any contact from Linda until 2015.

He told the girls that Linda left as she couldn’t cope with Izzy’s illness and not because of her affair.

When did Linda appear in Corrie before?

However both girl weren’t happy and felt it was too late to start building bridges.

They soon found out Owen lied about why Linda left and soon started to build a relationship with their mother.

In 2015, Katy made the decision to move to Portugal with Linda and Joseph.

How did Katy Armstrong die?

In October 2017, Izzy received a call and found out Katy had died in a car accident in Portugal.

Her and Chesney‘s son Joseph wasn’t in the car and after Katy died, Linda looked after him.

Chesney went to Portugal for the funeral to support his son and returned with Joseph.

Joseph has lived with Chesney ever since.

Chesney went on to get engaged to Gemma Winter and they had quadruplets together.

Who plays Linda in Coronation Street?

What has Jacqueline Leonard been in?

Coronation Street isn’t the first soap Jacqueline has been in.

She also played Valerie Holden in Hollyoaks in 2007.

Jacqueline has also had roles in many other popular series including A Time to Dance, Full Stretch, Inspector Morse, Ghosts, The Bill, Holby City, Waterloo Road, Casualty and The Shore.