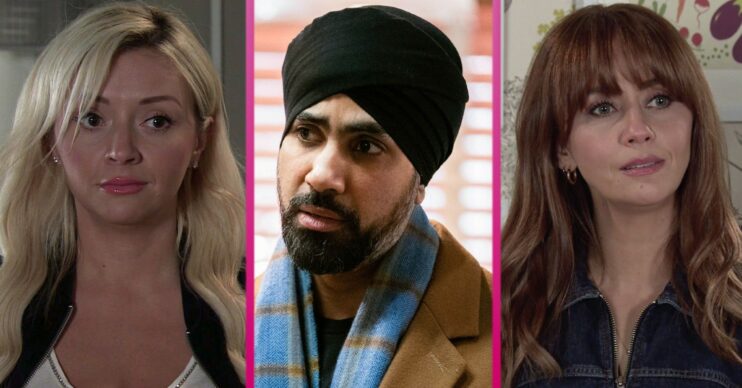 These soap stars all have other jobs apart from acting

Starring in a soap like Emmerdale, Coronation Street or EastEnders can be incredibly hard work.

But the actors are rewarded with periods of downtime where they can rest and relax – or in the case of some stars – build entirely new careers.

Here are six soap stars who have secret second careers.

Better known as Emmerdale’s Leyla Cavanagh, actress Roxy Shahidi can turn her hand to any scene thrown at her.

She can pull off the most dramatic devastating scene, or have the best comic timing in the Dales.

And it’s not just her acting that is flexible – because Roxy is also a yoga teacher.

So much so that during the pandemic she taught YouTube classes to soap fans for free.

Another soap star with a penchant for fitness – Davood hit headlines a few years ago when he revealed he had opened up his own gym.

The Crossfit fan launched his own box in London – but it’s only part of his business empire.

He also has a family business dealing with multi-million pound property deals in Essex and the surrounding areas.

All that and a full-time job on Holby City.

The actress plays hairdresser Maria Connor in Coronation Street but off-screen she has other skills.

While her real-life hairdressing skills are lacking by her own admission, she is a dab hand with her hands.

Samia took a course in reflexology and has become proficient in the treatment.

So much so that she offers her services – pre-covid – to her castmates backstage.

But while Kheerat is involved in the more criminal side of business dealings, Jaz is the complete opposite.

As well as acting he is focused on his future with a property development business.

The bio on the page says: “Passion for creating homes and building long term wealth.”

Coronation Street star Kimberly Hart-Simpson has made no secret of the fact that landing a part on the soap is her dream job.

She plays Nicky Wheatley in the ITV show – a former sex worker who fell for Daniel Osbourne.

Set to return later this year, Kimberly will be acting again and taking a brief break from her other career.

As well as acting Kimberly is a fashion designer – turning charity shop bargains into high fashion statements perfect for a night out or a red carpet.

And she practices what she preaches by wearing £3 dresses to celeb events.

He has been acting for several years and previously had a small role in Hollyoaks.

However that’s not his main job – that belongs to modelling.

James has been walking catwalks and posing for photographers for years – and continues to this day.

Nice work if you can get it!