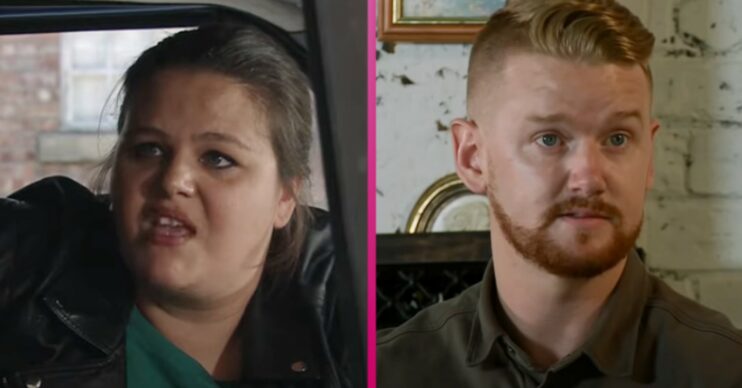 In next week’s scenes Imran heads back home in his clothes from the night before.

Awash with guilt, Imran makes out that he got drunk and spent the night at the office.

Later in the week Imran tells Toyah that he’s hired a psychologist for Kelly using the last of the money from the anonymous donor and making up the shortfall himself.

Meanwhile Kelly is encouraged by Mia to join in with a support group.

Later Rick’s sidekick Sharon gets back in contact with Gary. Having found out about Kelly, she rails at him for failing to look after her.

She soon threatens to grass him up about Rick.

Maria soon quizzes Gary about his row with Sharon.

When Gary reveals that Sharon use to be Rick’s sidekick, Maria advises him to steer well clear and leave Kelly to Imran.

Who is Sharon and what happened to Rick Neelan?

Rick Neelan was a loan shark and is also the father of Kelly Neelan.

In 2019, Rick was killed by Gary Windass when he thought Rick had taken his ex-girlfriend, Sarah.

Gary buried Rick’s body in the woods and he blamed the factory roof collapse on Rick.

Later Gary confessed to Sharon that he killed Rick.

However now Sharon is back and angry about everything that’s happened with Kelly, will she expose Gary’s secret?