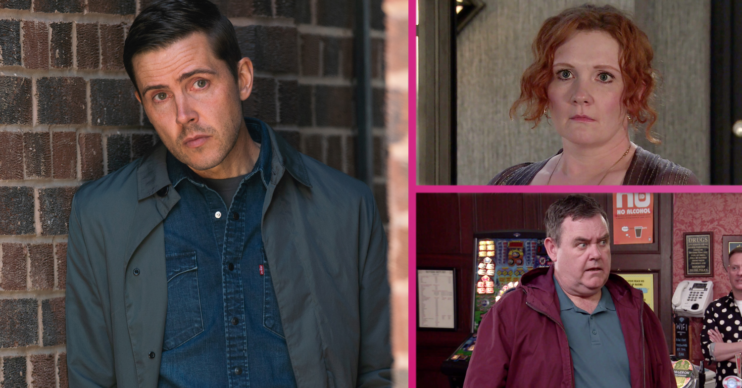 Coronation Street spoilers: Next week revealed in all new pictures

Has Todd gone too far?

Coronation Street spoilers for next week reveal Alya finds out about Ryan’s night with Daisy.

Meanwhile Todd comes up with a plan to get some cash, and Fiz is given the chance to tell her story. 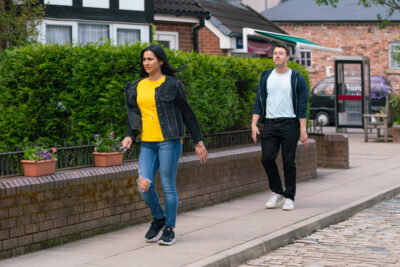 Ryan wakes up on Daisy’s bed and begs her not to let slip he was with her last night.

In front of Alya, Daisy purposely tells Ryan she’s not happy about his lies when the truth is he ended up in her bed.

Alya is dumbstruck and tells Ryan they’re over. Later Alya confronts Daisy in the café. 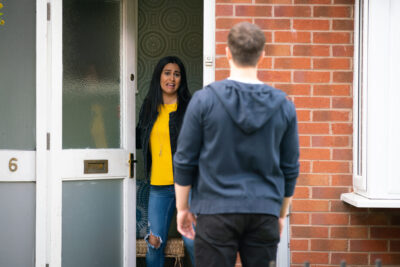 Later Jenny finds Ryan in Victoria Garden with his bags packed and offers him a bed in the Rovers.

Daisy is thrilled to discover Ryan is coming to stay.

When Jenny accuses her of deliberately trying to split up Alya and Ryan, she turns on the water works.

Later Alya summons Ryan to No.6 and he’s hopeful, but will she give him another chance? 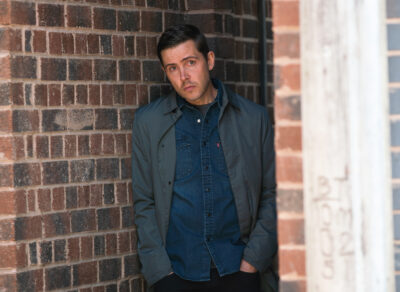 Andy the binman calls at the undertakers and gives Todd £7k in cash, explaining local big seller issue Matty died and they had a whip round for his funeral.

Todd tells George about Matty’s funeral and how he agreed to do a £7k funeral for £2k as it’s all they manged to raise.

Todd is horrified when he realises the deceased’s brother, Mr Hendrick’s, has collected the marble urn. 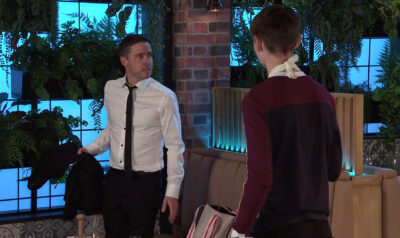 Mr Hendricks returns the urn to the undertakers and Todd finds the money is gone.

He demands Mr Hendricks return it but he laughs and leaves.

Billy summons Todd, Summer and Will to the Bistro, explaining he got the go ahead to spend £7k on a heat pump for the halfway house.

Will corners Todd and tells him if he’s struggling for money he should steal it from Billy. 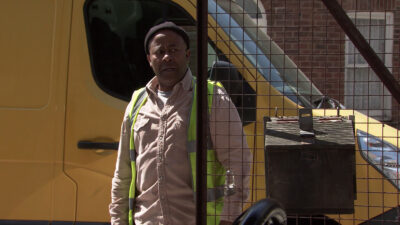 Paul is shocked to discover he hasn’t been paid and Ed admits he has a cashflow problem.

Todd meets up with Will and says he’ll need help stealing the heat pump.

However Todd fails to notice will steal his engagement ring.

When Billy realises Todd’s ring is gone, he panics and makes out he’s having it resized. 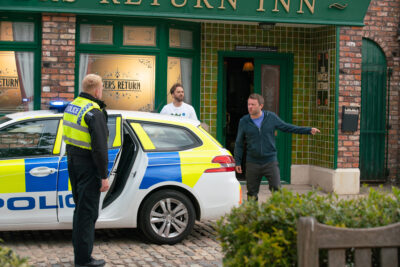 Todd demands his ring back, but Will says he’ll get it back when he gets the cash.

As Todd sets about stealing the heat pump, Ed returns to the yard, but when he hears a noise, Todd is forced to hide.

When Ed reports the pump as stolen, Craig wonder if he’s fallen out with anyone recently and Ed immediately thinks of Paul.

Later Billy and Todd watch as Craig manhandles an angry and drunk Paul into a police car. 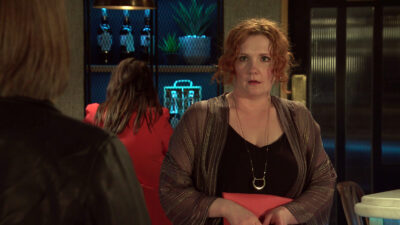 Fiz is  excited to see she has a reply from a guy called Chris who wants to meet up.

Fiz meets up with Chris, only to discover it’s a reporter hoping to run a story on aggrieved women who have been dumped for a younger model.

When Chris points out how good it will be to tell the truth, Fiz is torn, but later agrees to do it. 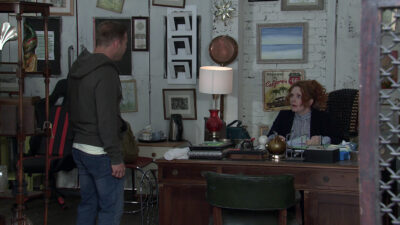 Having read the article, an angry Alina confronts Fiz, pointing out she never set out to steal Tyrone.

Tyrone calls at the furniture shop and confronts her over the article.

Alina and Tyrone approach Daniel in the hopes he’ll write an article telling their side of the story.

When a furniture shop customer, Phill, suggests they meet for a drink, Fiz is flattered. 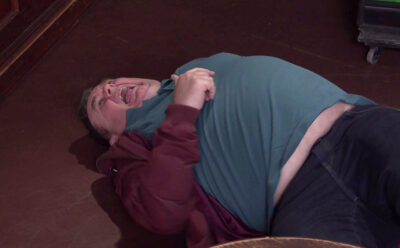 Eileen relents and tells Sean he can move back into No.11.

In the Rovers, Eileen advances on George and berates him for conspiring with Sean behind her back.

Feeling guilty about George’s wrist, Eileen calls at the undertakers and offers to help. 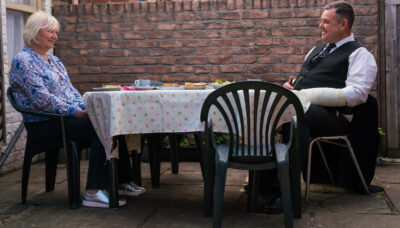 When George asks her to help him collect a body from the hospital, Eileen is horrified.

Having collected the body and parked the van, Eileen invites George for lunch.

When they leave No.11, they’re horrified to see the van has gone.

Later Todd returns the van making out he had to help out a mate in a crisis, but George tears a strip off Eileen for her son’s behaviour.