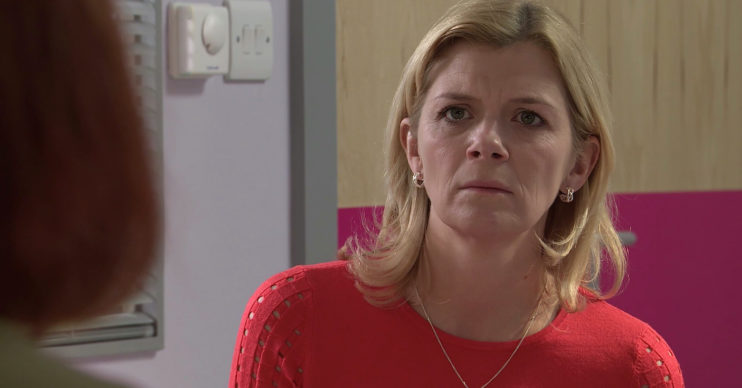 Steve McDonald and Leanne Battersby face every parent’s worst nightmare in next week’s Coronation Street as doctors suggest it might be time to turn off Oliver’s life support machine.

Coronation Street fans have watched Leanne and Steve go to hell and back in recent weeks.

The family have been left distraught as Oliver’s battle with Mitochondrial Disease gets worse.

The pair have been trying to make the most of the time they have got left with their son, determined to make as many memories as they can.

Oliver takes a turn for the worst

But when he suffers another seizure and ends up on life support, the pair are left fearing the worst.

The parents are given hope next week when the doctors try removing Oliver’s breathing tube.

Leanne is delighted, convinced this means her son’s condition is improving.

But Steve worries Leanne is getting her hopes up, and sadly he is right.

Leanne’s world is crushed when the doctors announce the true removal was unsuccessful and the only thing keeping Oliver alive is his life support machine.

Vowing never to give up hope, Leanne demands a second opinion.

But sadly the conclusion is the same and soon the consultant is gently suggesting the time has come to start thinking about turning off Oliver’s life support machine.

Pinning all her hopes on this new specialist, Leanne plays down the severity of Oliver’s case on the phone.

The family are thrilled when the specialist agrees to treat Oliver, but Steve is worried that Leanne’s not been entirely honest about just how ill Oliver is.

But soon that’s the least of their worries when they discover the treatment in Germany will cost £500,000.

How will they be able to raise that sort of cash? And fast?