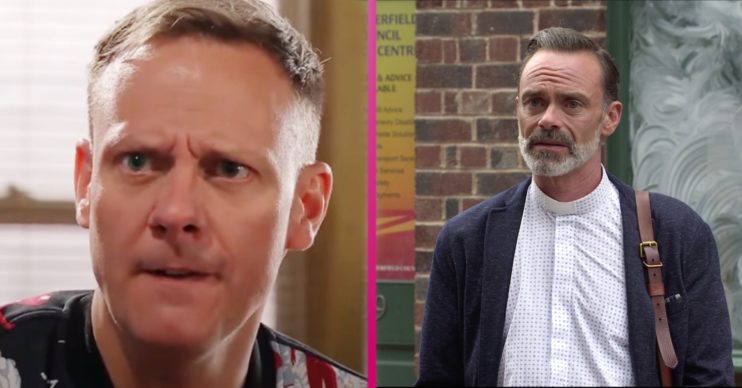 Coronation Street SPOILERS: Horror as a dead body is discovered

Has Todd got himself mixed up in trouble?

Coronation Street spoilers reveal a dead body is discovered in the search for Todd Grimshaw. But is it Todd?

This week, Mary and Sean open a letter for Eileen from Todd demanding £1000. Although they set up a plan to find him, Todd is a no show leaving his friends worried.

In next week’s scenes Sean is desperately worried about Todd and searches various social media site looking for clues. But his search turns up nothing and he’s left frustrated.

Billy confides in Paul how Sean is worried about Todd and convinced he’s in some sort of trouble.

Sean later calls round with a present for Paul and tells Billy about his attempt to track down Todd.

Billy reckons they’ve got no other option than to go to the police. They decide to report Todd as a missing person.

Later Sean confirms that Todd is now officially on the missing persons’ list. Together Sean and Billy meet up with the Finding People charity.

People from the charity assure them that they’ll do everything they can to find Todd. But Sean stumbles across some bad news which leaves him worried and upset.

Coronation Street: A body is found

Sean trawls though the missing persons’ database despite Billy’s reservations. However when he discovers that a man’s body was discovered in the river the previous day he becomes emotional.

Could it be Todd’s body? If it’s not Todd, then who is it?

It was recently revealed that Todd would be returning to the cobbles.

However Bruno Langley is not returning to the role and instead the character will be played by Gareth Pierce.

Will you be watching next week’s episodes? Leave us a comment on our Facebook page @EntertainmentDailyFix and let us know what you think of this story.