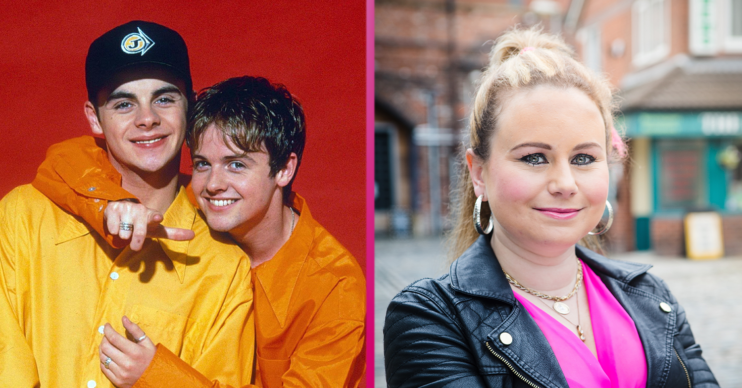 Gemma has the ultimate birthday surprise

Coronation Street spoilers show Gemma and Paul celebrate their birthday in style as they party to PJ and Duncan!

This week, Paul fears Gemma depression has returned when she seemingly doesn’t want to spend time with him around their 30th birthday. Little does he know, Gemma has a big surprise planned.

In the upcoming an excited Gemma opens her birthday presents from Chesney and Bernie and reminds them the party is at six and not to mention it to Paul.

Paul calls round at No.5 with a present for Gemma and suggests they go for a walk. But when she refuses insisting she’s too busy with the quads. Paul takes it as further evidence her depression has returned.

But when Paul returns home he discovers Gemma has arranged a surprise party for him.

Coronation Street: Gemma and Paul party to PJ and Duncan

When Gemma presents him with a signed photo of PJ and Duncan, Paul can hardly believe his eyes.

As their famous song Ready to Rumble starts up, Paul and Gemma show off their moves.

Later Billy returns home and apologises to Paul for missing the party. Billy assures him he has no interest in his ex-boyfriend Todd, but was simply supporting Sean.

Billy and Sean’s search for Todd

While Paul was celebrating his birthday, his boyfriend Billy and pal Sean were reporting Todd missing to the police.

Todd fled Weatherfield in 2017. At the time he was in a relationship with Billy and they were guardians of Billy’s goddaughter Summer.

But when Summer’s grandmother Geraldine attempted to gain custody of the little girl, Todd tried to run away with her.

But when the police caught up to him, he ended up assaulting a police officer.

He ended up fleeing Weatherfield and hasn’t been seen since.

Are you a PJ and Duncan fan? Leave us a comment on our Facebook page @EntertainmentDailyFix and let us know what you think of this story.