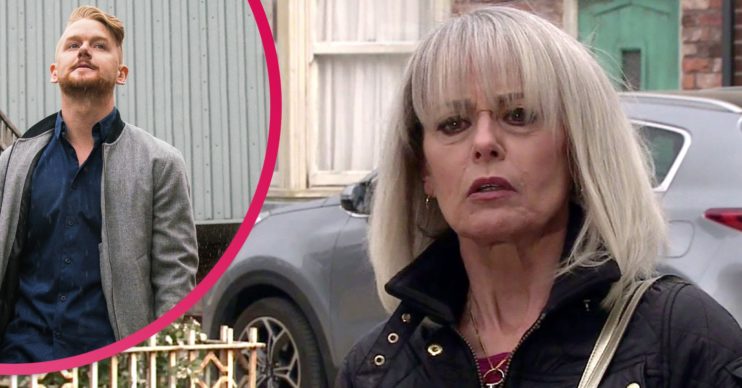 The truth about Sharon is revealed

Coronation Street spoilers reveal Gary gets caught up in Sharon and Harvey’s drugs plot. But will he end up being killed?

In next week’s scenes Sharon is aware that Jenny is onto them and needs to up her game.

Meanwhile Natasha confronts Gary and accuses him of hiring the man with a van that took Sam.

But Jenny is intrigued to learn that Sharon was the one who hired the van.

As she voices her concerns to Ronnie , he reveals he heard Sharon quizzes Toyah about Leanne.

Coronation Street spoilers: Jenny starts to piece it together

Jenny’s mind begins racing and she tells Toyah and Imran that she suspects Sharon was involved in Sam’s kidnapping.

When Imran reveals that Sam was kidnapped to draw Leanne out of hiding, as she’s key witness in the trial of a drug baron called Harvey, Jenny is stunned.

She’s determined for Rita to know the truth and bangs on her door. However when Sharon appears it looks like Jenny could be in danger.

Meanwhile Imran confides in Ronnie and Gary that he’s reported Sharon to the police as it looks like she’s involved in a drugs gang.

Rita returns home to find Sharon clearly about to do a runner. Rita demands answers, but will Sharon tell her the truth?

Sharon pours her heart out to Rita and explains how after her relationship with Ian fell apart, she had no choice but to join her drug dealing brother and her life went downhill from there.

Rita assures her that she still loves her no matter what.

Maria is shocked to hear from Imran that it was Gary who helped piece together how Sharon orchestrated Sam’s kidnap.

Spotting the same van used in the kidnap outside of the Kabin. Gary forces his way inside and orders Rita to call the police whilst he goes after Sharon.

But outside, the driver pulls out a gun. As Maria goes to check on Rita, suddenly a gun shot sounds.

The repercussions of Sharon’s unmasking are felt throughout the street.

But did she flee and did Gary get caught in the crossfire?