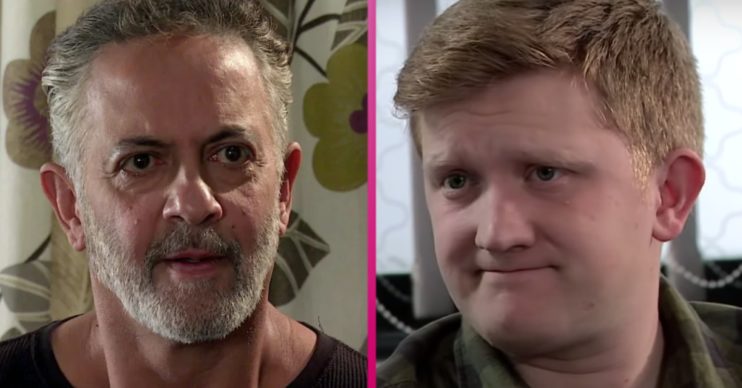 Looks like hard times may be on the way

Coronation Street faves Chesney and Gemma could be facing tough times in the future.

The couple have faced a mountain of problems after becoming parents to quads last October.

Gemma was struck down with postnatal depression, leaving her doubting her suitability to be a mum.

They’ve struggled with coping with four kids in a small home.

And they’ve been hit by the financial reality of how much it costs to support a large family.

Nonetheless, the much-loved Weatherfield pair have always found a way to make it through the bad days.

Even when Gemma was laid low, she and they as couple rallied round to keep going.

But even though they have friends and family to support them, life looks like it could be about to get harder for the pair.

Poor Chesney is left worried when it seems like his job managing the kebab shop is under threat.

That wage is crucial to his and Gemma getting by with another four hungry mouths to feed. And babies can’t live on onion rings and doner wraps alone.

Gemma’s mum Bernie has been filling in for Ches at the takeaway as he assists with the kids at home.

But it looks like this handy solution to spreading themselves thinly may no longer be an option.

That’s because takeaway owner Dev is looking to sell up – and that could end Chesney’s income.

Dev also needs to make his money go as far as possible because Asha’s school fees are hefty. Dev’s own financial struggles could also see Bernie and Cathy’s shifts go to the wall, too, if he makes further severe cutbacks.

Asha works out the lay of the land when she sees her dad showing the takeaway to an estate agent. And her guilt is increased when she observes just how upset Bernie and Chesney are about their uncertain futures slinging chips.

And in a further complication, it seems as if Dev – despite his actions – may still be in denial about his own perilous finances.

Mary expresses concerns to him about his affairs – but Dev doesn’t want to go into it. But he will have to face his problems at some point.

And it may be that Chesney – and Gemma, and the quads – suffer the worst of the fallout.

Coronation Street airs on Monday, Wednesday and Friday at 7.30pm on ITV.