In next week's Coronation Street, Asha continues to be bullied for her stripping video. But things get even worse when the school is involved.

Last week, 14-year-old Asha was left devastated when a video of her stripping was sent around to her friends. 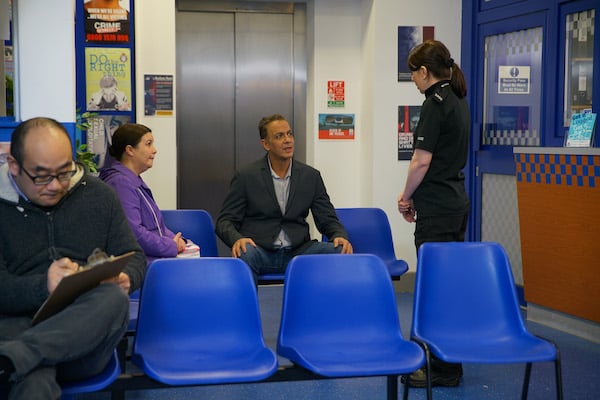 Dev reports what happened to Asha to the police and school (Credit: ITV)

However he doesn't stop there and next week he goes to the school to report what's happened.

Dev makes a call to Weatherfield High and reports the incident regarding the video. But poor Asha finds herself being riled at the kebab shop over Dev reporting her to the police and school.

Asha begs Dev to withdraw the complaints, saying he's making things worse for her. But will he listen? 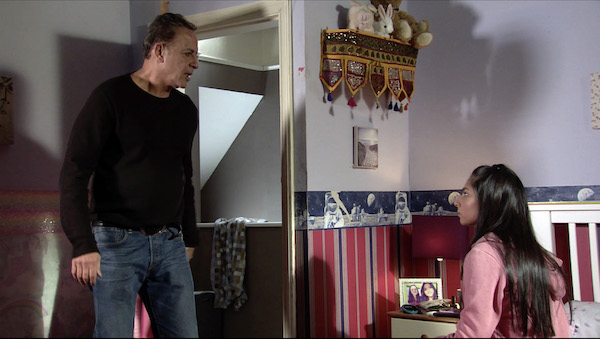 As floods of nasty messages come through on Asha's phone, she quickly loses it. Unable to read any more of the vile comments, she throws her phone to the floor and stamps on it.

Realising things are getting worse for his daughter, Dev agrees to phone the school to try and withdraw his complaints.

But is it that easy?

Who sent the video of Asha?

Asha stripped on a video call for her crush Corey. But she didn't realise he had secretly recorded it.

Although it was meant for his eyes only, Kelly Neelan saw the video on Corey's phone. 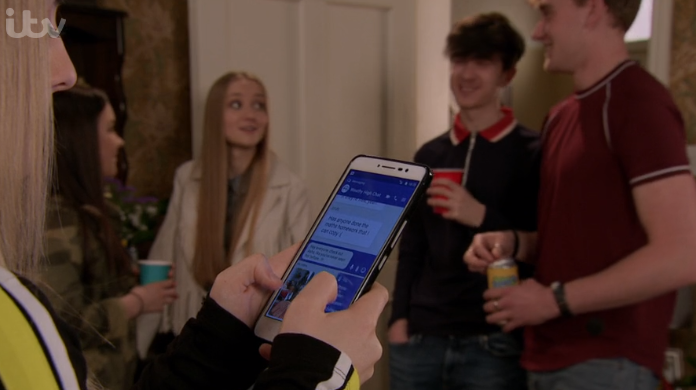 After Asha failed to defend Kelly when a lamp was knocked over, Kelly sent the video to a group chat with their peers and classmates.

Although Amy, Summer and Kelly have tried to support Asha through this tough time, her brother Aadi branded her a 'slag'.

But will Asha find out who really sent the video? Will Kelly realise the severity of her actions?