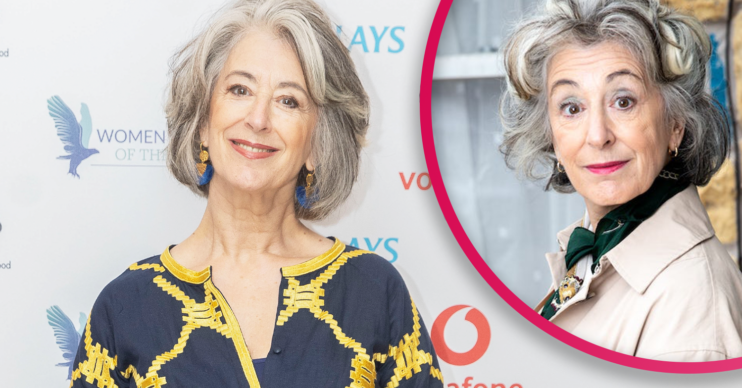 Maureen will star in a one-woman play during cobbles break

The actress plays Evelyn Plummer in the ITV soap but has been banned from returning to the cobbles during the pandemic because of her age.

But instead of just sitting at home and waiting to return, the actress has landed a new role.

What is Maureen Lipman’s new role?

It starts next month.

The play centres on Rose, an 80-year-old woman who has survived the Nazis, wars and marriages only to find herself conquering the American dream and reminiscing.

Maureen said: “I always wanted to play Rose in Martin Sherman’s play, but this is the first time I have been available – if you call working on Coronation Street at the same time as learning 45 pages of stunning dialogue, availability.”

She added: “It gives me a thrill to think I will be doing it for a cause as great as the future of the Hope Mill Theatre.”

The play will be filmed and then streamed over three days.

It gives me a thrill to think I will be doing it for a cause as great as the future of the Hope Mill Theatre.

It will support the theatre’s future as well as raising money for three worthwhile charities – Age UK, The Fed and UK Jewish Film.

When will Maureen return to Coronation Street?

No fixed date has been announced for when Maureen and the other older cast members will return.

However, speaking earlier this year, Maureen said a September restart had been mooted.

She said: “You used to be able to waitress when you weren’t working but now there’s nowhere to waitress.

However, recent tightening of lockdown restrictions in Manchester could have disrupted those plans.

On-screen Maureen’s character Evelyn has been in the back of the shop rather than on-screen.