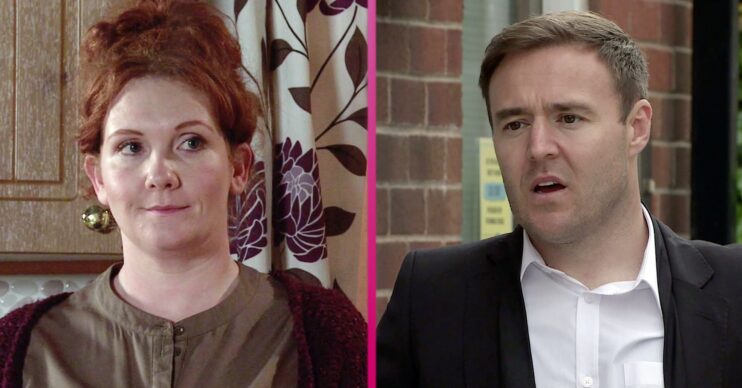 Is Fiz moving on?

Coronation Street star Jennie McAlpine has revealed that there will be a new love interest for Fiz Stape in upcoming scenes.

Earlier this year, Fiz was devastated when her fiancé Tyrone left her to be with Alina Pop.

Recently Tyrone discovered Alina is also pregnant and in later scenes, Fiz will find out about the baby.

However it seems like things are about to change when Fiz meets someone new.

Speaking to TV Times, Jennie said: “It’s perfect timing and comes out of the blue.

“Fiz still has that downer on herself and thinks ‘Alina is gorgeous and I’m not.’ So it makes her feel like there might be a little life after Tyrone.

However it sounds like Tyrone isn’t thrilled to hear about Fiz’s new love interest, as Jennie explained Fiz’s attempts to move on leave Ty feeling jealous.

Jennie continued: “She’s like, I’m just going on a date with a guy, whereas you’ve moved in with another woman and you’re having a baby with her.”

“She’s glad she’s not in his shoes. Now that he’s got Alina pregnant, she’s like ‘a lot of people think you’re crazy, but do whatever you want.’ She’s got great friends and realises she needs to leave him to it.”

What’s next for Fiz?

In next week’s scenes Fiz tells Tyrone that he needs to tell the girls about the baby and if he doesn’t she will.

Later Tyrone and Alina break the news to Ruby and Hope that they’re going to have a baby brother or sister. How will the girls react to the news?

This week’s episodes of Coronation Street are available to watch on ITV Hub.