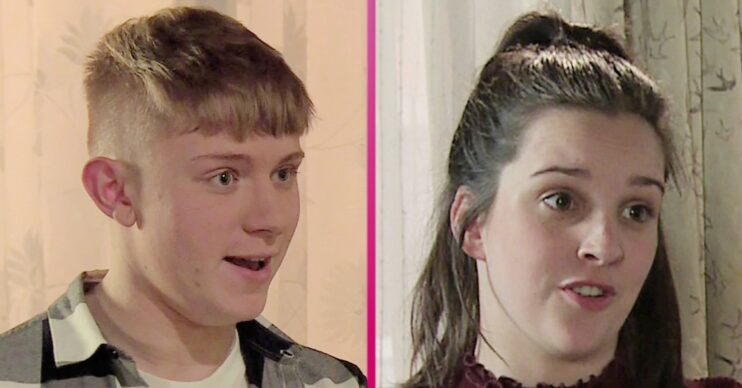 Amy collapsed outside of a club after having her drink spiked

Coronation Street fans demand Max Turner is locked up as he gets away with spiking Amy Barlow‘s drink.

Last week, Amy went to a Valentine’s dance at school with her friends Summer, Asha and Aadi.

When Daniel realised Amy and Asha were drunk, he kicked them out and they went off to meet Amy’s boyfriend, Jacob, at a club.

However Amy began to feel odd and collapsed. She was taken to hospital and it was revealed that Amy was spiked with GHB.

Later Max Turner reviewed the footage from the dance and realised he was the one who spiked Amy.

He admitted to his dad David that he spiked Amy, but she wasn’t his intended target – Amy’s uncle and school teacher, Daniel Osbourne, was.

Max wanted to get back at Daniel for pushing him down the stairs and lying to police.

In last night’s episode (Monday, February 21) Max apologised to Daniel and told him he could return to school, as David was no longer worried Max was in danger.

But Daniel was suspicious and confronted Max. Soon Daniel found out it was Max who spiked Amy.

Read more: Coronation Street: Is Joseph leaving for good? Will he go to Portugal with Linda?

After speaking to Amy, who said she would not let fear keep her from living her life, Daniel agreed not to go to the police as long as Max stayed out of trouble.

However fans think Daniel should’ve gone to police about Max and he should go to prison.

Max: "Do you think I deserve to be locked up for this?"#Corrie viewers: pic.twitter.com/ifTj9B1pyD

I think you deserve to be locked up for SOMETHING, Max. #Corrie

Max needs to be locked up in youth custody. #Corrie

Aw, Max is crying. Don't feel sorry for him. He brought this on himself. Deserves every bit of misery. #Corrie

And he stays quite protecting Max too, shameful by all #Corrie

And Max goes on to carry on his selfish lunacy, no repercussions, until the next time. Great job!*! #Corrie