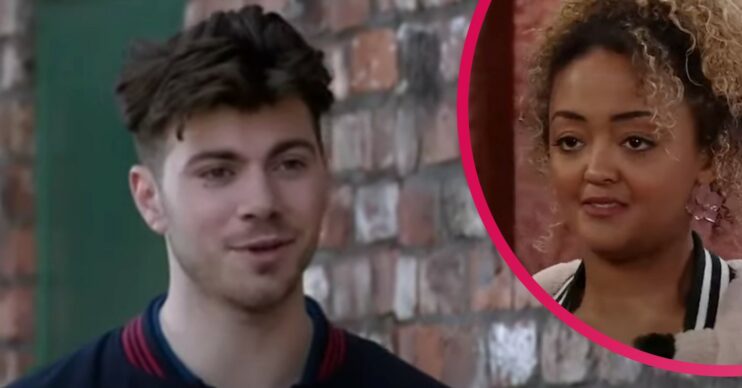 Fans are suspicious of Curtis

A few months ago, Steve was furious when he got ran off the road during a charity cycle. A few days later, Curtis showed up in Weatherfield and immediately took a liking to Steve’s daughter, Emma.

Eventually Steve forgave Curtis, however it became clear he was hiding something.

He eventually confessed to Steve and Emma he has a heart condition. While medical professionals are unable to tell what his condition is exactly, he said he could die any time because of the condition.

Recently Emma asked Steve if they could use money from Oliver’s charity fund so Curtis could go private, but he said no, not wanting to use people’s donations for another cause.

In last night’s scenes Steve encouraged Curtis not to give up on his future and offered to give him a lift to his medical exam.

However Steve’s taxi wouldn’t start. Curtis gave it a push and Steve got it going, but soon Curtis fell to the floor clutching his chest.

Steve took Curtis to the hospital and Emma soon turned up, worried about Curtis, blaming herself for him having a bad turn.

Curtis told her he just needed to take two paracetamol and get plenty of rest.

Back at their flat, Curtis got down on one knee and proposed to Emma.

However fans don’t think he can be trusted. They believe he’s not really ill and trying to get his hands on Steve’s charity money.

I think Curtis is lying about being ill. He’s well dodgy in my opinion. I might be wrong but something doesn’t add up here #Corrie

#Corrie We all know that Curtis isn't ill, don't we?