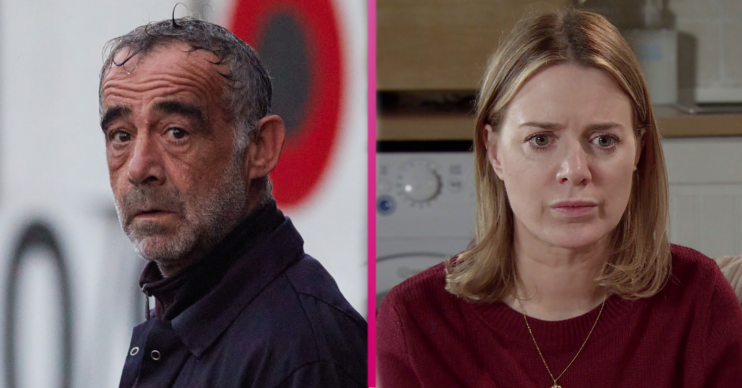 Kevin and Abi are married!

Kevin Webster and Abi Franklin in Coronation Street have been engaged since February, but how did Kevin and Abi meet, what are their wedding plans and who are their past lovers?

Coronation Street: How many times has Kevin Webster been married?

If Kevin and his current fiancée Abi get married, this will be his fourth wedding, but his third wife.

Kevin made his first appearance in the soap October 1983. In January 1986 he met Sally Seddon and the two got married the same year.

In 1997, Kevin had an affair with Natalie Horrocks which eventually led to Kevin and Sally divorcing.

Kevin went on to marry Alison Wakefield in the year 2000 and she fell pregnant with baby Jake.

Jake was born in June 2000, however shortly after his birth he was diagnosed with a fatal Group B Strep infection and died in his parents arms.

In 2002, Kevin persuaded Sally to take him back for the sake of the girls and they remarried.

In April 2009, Tyrone Dobb’s wife Molly began doing the books at the garage. Kevin soon began having an affair with his best friend’s wife.

On Christmas Day 2009 he planned to tell Sally about the affair, but she revealed she had breast cancer.

Kevin stopped the affair, however Molly discovered she was pregnant and didn’t know if the baby was Tyrone’s or Kevin’s.

Shortly after Molly gave birth to a baby boy, who she and Tyrone named Jack after Jack Duckworth, Kevin stole Jack’s dummy and did a DNA test which revealed he’s the father.

In December 2010, Molly left Tyrone and planned to flee Weatherfield with Jack.

But an explosion caused a tram to derail and Molly was killed. Before her death, Molly confessed to Sally that Kevin is Jack’s father.

In 2020 he began dating Abi Franklin. The two planned to get married in May, however they cancelled the wedding after Abi’s son, Seb, was killed after being attacked by Corey Brent

They are planning to get married this month, but will it all go to plan?

Over the last 10 years, Kevin has had relationships with Jenny Connor and Anna Windass. However Kevin cheated on Anna with Erica Holyroyd.

Who are Abi Franklin’s past lovers?

Abi Franklin first appeared in 2017. Whilst it seems Abi has never been married, she has had a few past relationships.

In 2001, Abi gave birth to a son Seb. Seb’s biological father is a man named Tez, who was recently introduced to viewers.

In 2012, she gave birth to twins Charlie and Lexi. Their biological father is a man named Darren. However Darren was abusive towards Abi.

The twins were taken into care and adopted by a couple and last year they moved to Australia.

During her time on the cobbles, Abi has shared a kiss with Steve McDonald and had a relationship with Ray Crosby.

But when she discovered his past of sexually assaulting and making advances on his female employees, she broke things off and torched his car.

How did Kevin and Abi meet?

Abi and Kevin had known each other for a couple of years before dating. She had been working at Webster’s Autocentre as a mechanic.

Read more: Coronation Street SPOILERS: Kelly in danger – could she go back to prison?

She then went on to date Kevin and moved into number 13 Coronation Street with him and his son Jack.