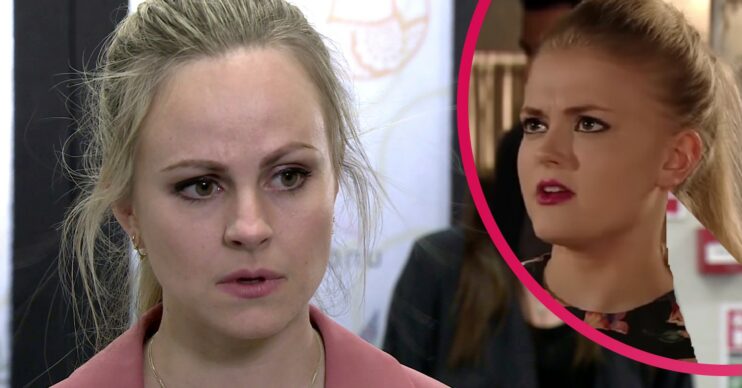 Coronation Street fans have been confused as Bethany Platt has seemingly been forgotten by her family.

However there has been a feud between the two families since David’s son Max accused Daniel of have an inappropriate relationship with his student Summer Spellman.

Although Sarah and Adam originally planned to have Christmas by themselves with Sarah’s son Harry, both families wanted them to spend Christmas with them.

But fans were wondering why they didn’t go to see Sarah’s daughter Bethany in London, or why she hasn’t even been mentioned.

Who is Bethany Platt in Coronation Street?

In 2007, Sarah and Bethany moved to Milan but they returned to Weatherfield in 2015 after Bethany ran away from home to her grandmother Gail’s house.

During her five years back in Weatherfield Bethany went through a lot. But at the end of 2019, she found herself falling for Daniel Osbourne.

At the time, Daniel’s wife Sinead was dying of cancer and he shared a kiss with Bethany shortly before her death.

After Sinead died, Daniel quickly jumped into a relationship with Bethany. However it all ended in tears when Daniel proposed to Bethany but called her Sinead.

Bethany realised Daniel was still grieving for Sinead and wasn’t ready for a new relationship.

The two split up and she moved to London for a new job in March 2020.

Bethany has been mentioned a few times since her departure.

Read more: OPINION: ‘Coronation Street has destroyed what should have been a beautiful love story for Emma and Curtis’