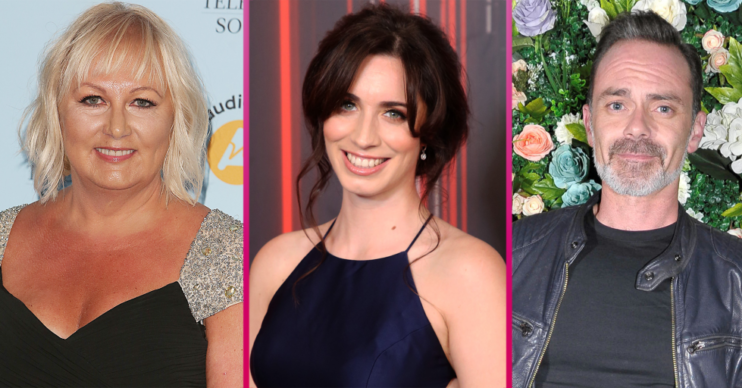 The cast are all away on a weekend camping trip together

Coronation Street fans couldn’t quite believe their eyes after spotting the cast on a camping trip together.

Dan commented on one snap: “The stay-cation is going wonderfully.”

Gareth added on his snap: “Camping with the #Corrie famalamadingdong”

Shona Platt actress Julia Goulding is also seen on the trip with her pals.

George Shuttleworth actor Tony Maudsley is with them all too.

One fan said: “This looks like the best trip ever. Five go mad away from the cobbles.”

A second commented: “Omg I thought I saw Todd in Tideswell Coop before.”

And while off-screen the actors are all great pals and having a great time, on-screen things are about to take a dark turn.

Recently Will came back to the cobbles and demanded money from Todd. In return he wouldn’t tell Billy about his lies and plot to split up Billy and Paul.

In next week’s scenes Andy the binman calls at the undertakers and hands Todd £7k in cash.

He explains that a local Big Issue seller called Matty has died and they had a whip round for his funeral.

When Andy leaves, Todd places £2k in the till and stuffs the other £5k in a marble urn.

Unfortunately he manages to give away the urn and the man who takes it refuses tio give the cash back forcing Todd to take drastic action.

Soon Billy summons Todd, Summer and Will to the Bistro and tells them he’s celebrating as he’s had the go ahead to spend £7k on a heat pump for the halfway house.

Todd meets up with Will and tells him that he will need his help to steal the heat pump.

The pair steal the heat pump and Todd frames Paul for it – but he doesn’t realise Will has double-crossed him and taken his engagement ring.

How will Todd explain that to Billy?