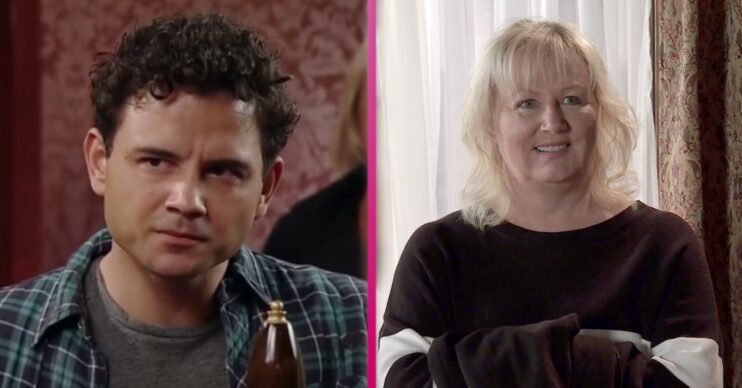 Coronation Street fans have begged for the soap to bring back Jason Grimshaw after he was mentioned in last night’s episode (Friday, July 9).

In the episode, Eileen told George that her oldest son Jason, who lives in Thailand, got involved in an online scam and lost a load of money.

Read more: Jason Grimshaw in Coronation Street: Why did he leave and will he ever return?

Jason was last seen in 2016 when he left Weatherfield to go to Thailand. However fans have now begged for him to make a return.

A Jason mention now bring him back ! #corrie

Jason getting involved in an online scam. He's just as bad as bloody Sean 🤣🤣. I wish Jason could come back as a different actor #Corrie

Some fans even have a theory that Gail will meet up with Jason, as she recently left the cobbles to go to Thailand.

A Jason mention, now bring him back.

I really hope Gail meets up with Jason in Thailand. #Corrie

I wonder if Jason’s returning to #Corrie? There have been a few mentions of him recently and now (in Friday’s episode) he’s apparently lost all his money in a scam. Just as Gail heads out to Thailand… 🤔 pic.twitter.com/EotXIDHo7E

#Corrie What is it with Gail and Thailand? In fact don’t they all go to Thailand, Jason Grimshaw, Rosie and Sophie Webster?

Coronation Street: What happened to Jason?

In 2015, Callum Logan was killed by Kylie Platt after he tried to attack Sarah.

In 2016 Tony died, however due to his DNA being on the wrench, police believed Tony killed Callum.

Gemma Winter warned Jason that Callum’s friends were out for revenge.

After Jason’s van was torched in the builder’s yard, but he didn’t realise that Callum’s mates weren’t responsible, Pat Phelan was.

Pat told Jason he needed to take a break and get his head straight and convinced him to leave Weatherfield.

Jason ended up leaving the cobbles and hasn’t returned since.

Will Ryan Thomas return the soap?

Earlier this year Ryan Thomas revealed that he is no longer acting.

He added: “I feel the reason for losing the bug is rejection and going to auditions and not getting them.”

However he added that he could return to acting one day saying: “I always think, ‘Oh it’ll [the desire to act] come back at some point and maybe it will and it’s still something I have in my locker if I want to explore it again.