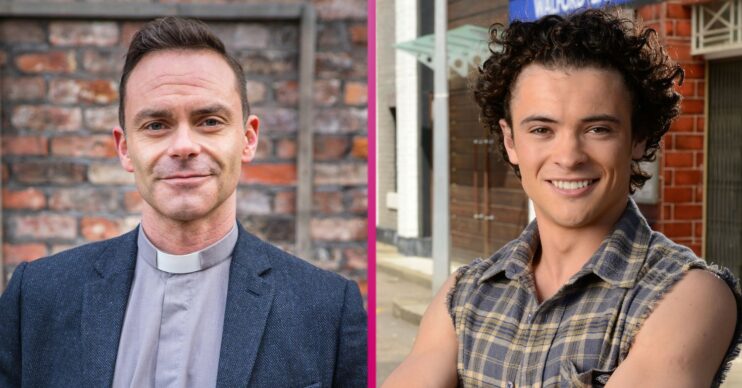 The actor has brought in his best mate for help

Coronation Street star Daniel Brocklebank enlisted the help of an EastEnders actor for his new storyline.

The Billy Mayhew actor has revealed he brought in his best mate Jonny Labey to help him on the diabetes storyline.

Viewers know Billy’s adopted daughter Summer Spellman has been diagnosed with the condition.

She faces having to inject herself with insulin to remain healthy – with devastating consequences if she doesn’t.

Now Daniel has revealed he relied on his Paul Coker actor pal to teach him about diabetes.

Read more: Single Katie McGlynn wishes she wasn’t on TV so she could find love

Jonny found fame playing Paul until his brutal murder in a homophobic attack in 2016.

Dan told ED! and other media: “One of my best mates is Jonny Labey.

“He used to be in EastEnders. We used to live together in London and he was diagnosed at 15 as a type one diabetic.

“So it’s been really handy for me having him on the phone.

“Just ‘how did your parents deal with it, how did you feel?’ And then to be able to use him as a point of reference.

“He’s very open about his diabetes.”

Daniel is taking the responsibility of the storyline seriously.

However, he added the plot is important.

He said: “It’s a worrying thing. It can kill you. It’s been an interesting story to get our teeth into.’

“I think Billy’s very conscious that she has to be looked after in all departments, not just the diabetes but her mental health’.

“I think he’s very conscious that this is a serious ailment.”