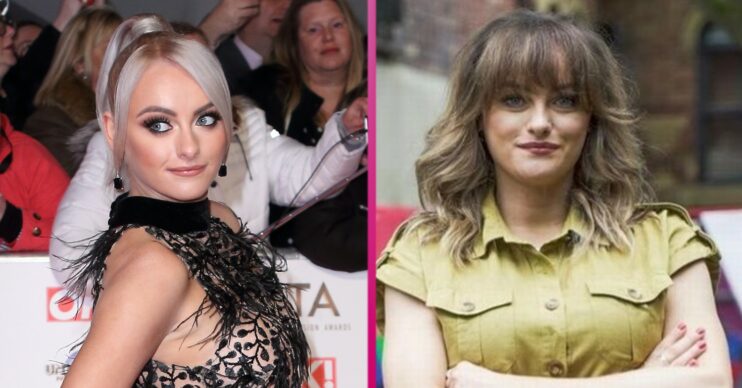 The actress is inundated with dirty pictures online

Coronation Street star Katie McGlynn has opened up about her regrets at fame stopping her finding love.

The Sinead Tinker actress, 27, has been single for three years.

But despite trying app dating, Katie hasn’t been able to find a man right for her.

And now she’s admitted that she wishes she weren’t famous to make dating easier.

“I find it difficult to meet men anyway, so with a pandemic and social distancing I’m knackered,” she said to The Sun.

“I am on Raya, but it’s just not doing it for me because I want to meet someone face to face and have that chemistry.

“People slide into my DMs all the time. But I don’t reply because I don’t know what’s going through their heads or what their intentions are.”

She added: “In some ways, I wish I wasn’t on TV for that side of my life. I could go into a bar and know if someone is looking at me and likes me for me, not just because I am on the telly.”

However, there is a downside to app dating – she’s inundated with unsolicited rude pictures.

“I get sent dirty pics all the time, but it’s like… no, block, delete,” she said.

It was recently revealed that Katie had joined rival soap Hollyoaks.

She plays a new mum called Becky who befriends Diane Hutchinson – but all is not as it seems.

There are hints that Becky is more of a villain than a friendly face for troubled Diane.

She has been filming alongside Nick Pickard, who plays Tony Hutchinson and Alex Fletcher, who plays Diane Hutchinson.

Becky will become friends with Diane as they both bond over their newborn babies.

But there is more than meets the eye with Becky as it’s revealed Diane’s new pal has an ulterior motive.

Katie’s first appearance will be on Monday 5th July on E4 and again on Tuesday 6th July on Channel 4.

“I’m so excited for everyone to meet Becky and am thrilled to be working alongside the amazing cast and crew of Hollyoaks.”