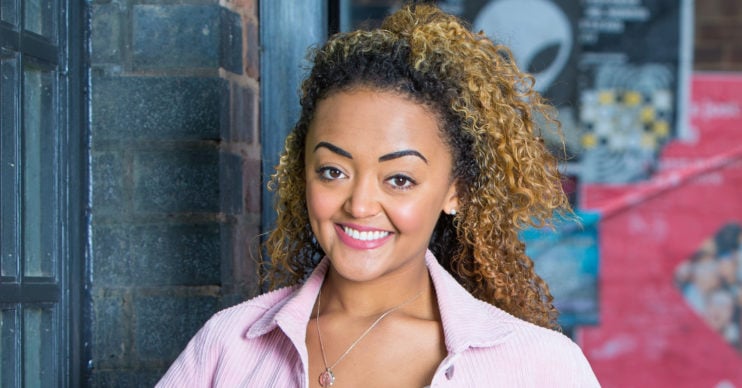 She is getting a brand-new storyline and her 'dream man'

Coronation Street character Emma Brooker will be getting a major new love interest, it has been revealed.

Barmaid Emma has been unlucky in love so far, with her flings all coming to nothing.

She arrived as a notch on David Platt‘s bedpost, before moving onto Chesney Brown and Seb Franklin.

Seb broke her heart after moving on with Alina Pop, though they broke up later too.

And, more recently, Emma suffered the heartbreaking loss of her brother Oliver.

But it has now been revealed that she will get some happiness in her life in the form of a new love interest.

There’s what I think will be a really brilliant storyline for Emma but I can’t talk about it in a lot of detail without giving it away.

He called it a “brilliant” and “massive new love story” for her.

Iain told The Sun: “There’s what I think will be a really brilliant storyline for Emma but I can’t talk about it in a lot of detail without giving it away.”

However, the storyline is going to come with a twist.

And it won’t be what Emma is expecting from a love story.

A happy Christmas at Corrie

After Oliver’s death and other dark storylines, it seems the happy times will be returning to the soap soon.

At Christmas David Platt will plan a romantic surprise for wife Shona after her memory loss.

He is going to recreate their wedding for her on Christmas Day – complete with snow.

And Toyah and Imran finally get their festive wish when they are given a baby to foster for the Yuletide.