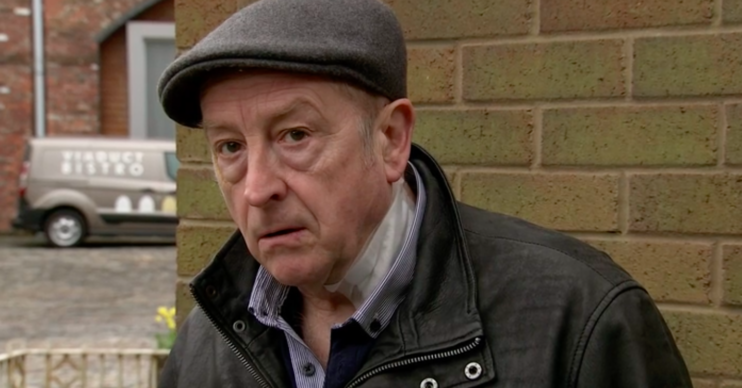 Alya's only just getting started

Yasmeen’s granddaughter Alya is determined to expose Geoff and save her grandmother from prison, where she is awaiting trial for attempted murder.

Viewers know Yasmeen stabbed Geoff in the neck in self-defence after months of coercive control and abuse.

However Geoff has convinced people that Yasmeen is an alcoholic who abused him.

Last night, Geoff was released from the hospital and went home – only to find Alya had changed the locks.

Stood in the street, Geoff was humiliated as Alya called out his abuse.

Viewers couldn’t contain their glee at the scene.

One said: “I loved this. I laughed so hard when Alya and Ryan started teasing Geoff from the inside.”

A second said: “Not going to lie, I actually enjoyed that. They should have had a bonfire and set alight his clothes. #Corrie #CoronationStreet.”

A third said: “Go Alya she is awesome she is so feisty!! Love her determination to help her grandmother Yasmeen!!”

Corrie star Sally Dyvenor has told how her character Sally Metcalfe has been slowly realising the extent of Geoff’s lies.

She said: “The first inkling of it was when Alya came into Geoff’s hospital room and screamed about the domestic abuse and what he’s done to Yasmeen over the weeks.

“It kind of rings a tiny bell in Sally, because there is just no way that Yasmeen is like that, and Sally knows it. There is no way she would just try to kill him.

The actress added: “But the more Alya drips things to Sally and the more Sally finds out, she starts thinking of the time when she was imprisoned for something she didn’t do and wants to help her.

“Then there’s one scene where Geoff gets angry with Sally and she sees this spark in him, and that’s it, she wants him out of the house.

“She starts to tell Tim how she is feeling about Geoff and asks him to leave – and she asks Tim to leave!

“Just because she is so all-consumed with what is going on.

“She goes to visit Yasmeen in prison, and Sally can see that Yasmeen is not her usual self and almost blaming herself for what has happened.”