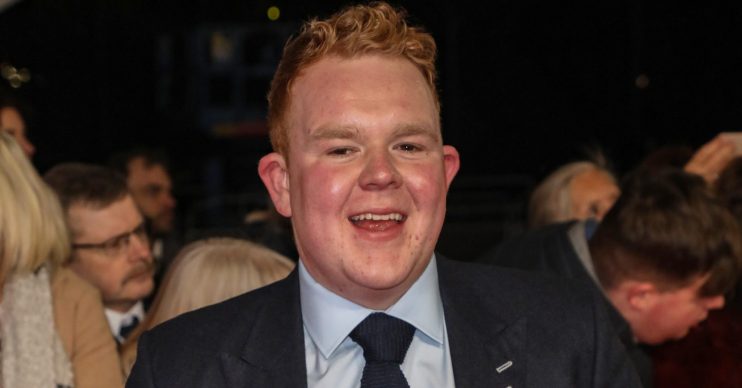 Fans have really got behind the Corrie star as he’s shared his progress.

But now he’s revealed just how successful his hard work has been – the 21 year old says he has dropped close to 10 stone.

That – alongside his newly-dyed peroxide hair – could cause some issues when he returns to filming.

“We are in direct continuity, but I’ve almost lost about ten stone since we left work so I’m not sure that [my hair] is going to be the biggest of their issues,” he told The Sun.

“I might be wearing a wig and a fat suit when we go back. Now we go to a purple shampoo, which almost makes it a platinum sort of colour, which basically takes the ginger pigment out.

“So the yellow-ness will go, and I will have a head of blonde hair, which I technically do now.”

Colson’s weight loss was kick-started at the end of last year with a nasty bout of food poisoning in Thailand, which saw him rapidly drop a stone and a half.

Fans first started to notice his change in physique in March when he was training to take part in Sport Relief and he revealed: “Rowing is a way of keeping fit I’ve never thought of – it might be my new hobby!”

In April, he shared a snap of himself on social media looking trim doing a virtual 5k run.

“You look amazing, wish I had your will power,” gushed someone else.

During an appearance on Lorraine, he revealed how he was keeping his fitness mission up during lockdown.

“It’s making the most of the situation. Plenty of runs. Trying to do as much at home as possible.”

How’s your fitness and diet been in lockdown? Leave us a comment on our Facebook page @EntertainmentDailyFix and let us know.