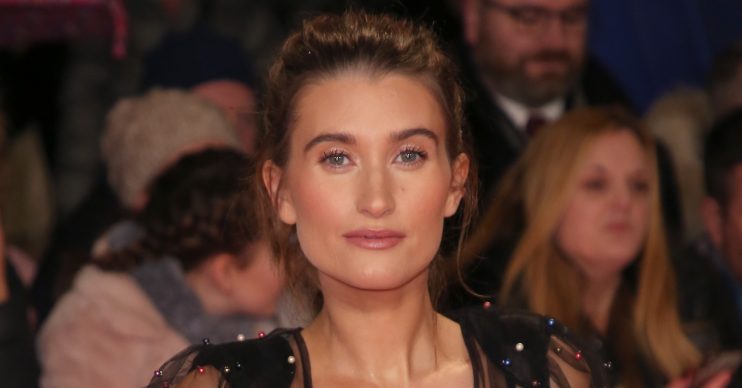 She's concerned his cold is something more

Charley Webb, currently on maternity leave from her role as Debbie Dingle in Emmerdale, has reached out to her online followers for parenting advice.

The actress is worried her youngest son Ace, eight months, has an allergy.

But when she later revealed she had devised a plan to help little Ace and get to the bottom of it, worried fans expressed their concern.

Charley then told everyone not to fret as she had done her research.

Read more: Emmerdale fans cheer on April Windsor as she stands up to cruel bully

Taking to Instagram Stories, Charley wrote: “Anyone had their baby tested for allergies?

She then asked if anyone knew anywhere she could get an under-two allergy tested.

The star then updated that people had suggested going to her GP and also keeping a food diary.

She revealed Ace is on a “mainly plant-based diet” and the only dairy he has is milk.

She continued: “The night times couldn’t be any worse, he just screams all through the night, so I don’t know if it’s going to upsert his tummy a little bit, I don’t know.”

Charley then said she would keep everyone posted as she’s had “thousands of messages” from people going through the same thing.

But some of the messages were obviously not that helpful as she later posted another update telling her followers not to worry about the decisions she was making.

“For everyone worrying about making my own decision without speaking to my GP, we went through something very similar with Bowie when he was tiny and were in and out of hospital.

“I’ve done my own research and I’m happy that’s it’s not going to harm Ace.”

She added: “I obviously wouldn’t be doing it otherwise.”

But it seems Ace has been challenging them over the last few months as Charley previously admitted they were getting help for ‘sleep struggles’.

The actress has also said she’d like more kids.