Iain is back for good now and he's all recovered

Casualty star Michael Stevenson has revealed the comeback of Iain Dean was delayed by the pandemic.

The actor quit the medical drama in 2019 for an extended break so he could spend time with his family.

But he has now revealed how he originally planned to only be off for a year. 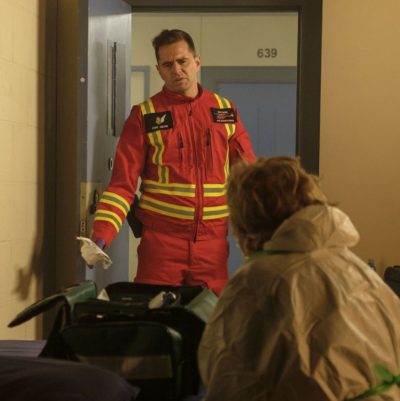 The character’s exit was tied into Iain’s mental health issues and that storyline coming to a close.

And now, 18 months later, he is now making his highly anticipated return as the beloved character.

Read more: Who plays Sanya in Holby City? Was Dona Croll in EastEnders?

Michael told Digital Spy: “I knew how long I wanted off and I really wanted to spend some time with my family. The run-up to the exit story was really intense and the hours we work are phenomenal.

“I knew I’d spent a long time away from my family and I wanted to be at home with them – to be a dad, to take the kids to school and things like that. I was due to go back a little bit sooner but obviously the pandemic hit.”

He revealed he was in talks for months before returning. And the pandemic meant that storylines had to be chopped and changed. 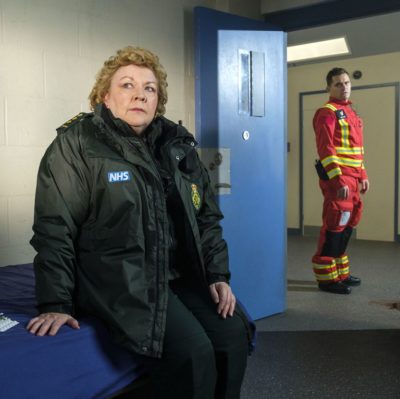 Michael added: “I am probably coming back about six months later than I would have if the pandemic hadn’t have hit. That would have been about a year initially and I knew time-wise that was the right amount of time to have away.

“When the producers got in contact and stuck to their word by asking me to come back, it was a no brainer. It’s home to me. The show has been very good to me and so there was nothing to think about really.”

Michael also revealed how Iain’s return will not see him go over old ground.

In his time away, Iain has recovered and is in a much better place.

He promised that viewers will see the old Iain before his emotional spiral.

And he teased how Iain will be thrust back into the centre of the show in Jan’s drugs plot.

He told Metro: “Considering the amount of times Jan has been there for him in the past. I don’t think there’s ever a doubt in his mind that he’s going to help her out.”

But will he be able to help her?