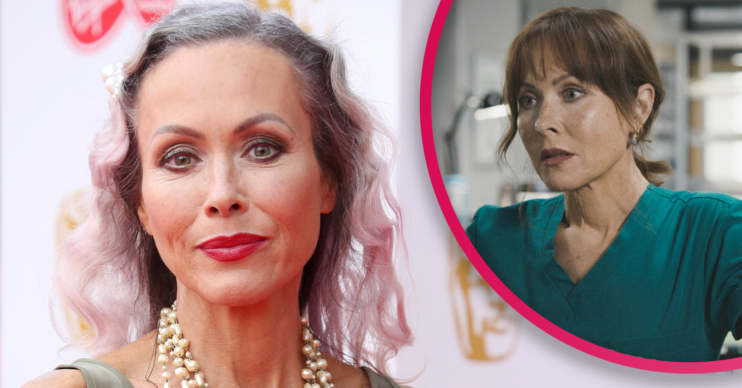 The actress is swapping scrubs for Strictly

Amanda Mealing is reportedly being lined up for Strictly Come Dancing during her break from Casualty.

The Connie Beauchamp actress is taking an extended break from the medical drama after seven years.

And now it has been reported that she will use the time to compete on the celebrity ballroom dancing competition.

An insider told the Mail on Sunday: “She’s a sexy and fabulous fifty-something woman our audience will instantly know.

“The casting team have attempted to get her for the last couple of years but the time has never been right. Now it is.”

Read more: Why wasn’t Casualty on last night? When will the episode be shown?

Amanda joined the Casualty cast in 2014, but she previously played Connie in Casualty’s sister-show Holby City.

The actress has tackled multiple hard-hitting explosive storylines as Connie.

She ran the gamut with explosive storylines on the two soaps.

When will Connie leave our screens?

She has survived car crashes and rescue missions dealt with cancer, paranoia, euthanasia and drug addiction.

It has been a turbulent few months for Connie.

After dealing with the breakdown of her relationship with Jacob and having steered the hospital through the height of the Covid-19 pandemic and back to full health, Connie will have a well-earned break.

Viewers will see Connie on screen until the end of March.

She will be putting her personal life ahead of her career for once.

Speaking about her break, Amanda said: “It has been the most remarkable privilege to play Connie for the last 18 years.

“When she first hit our screens there were a few female leads that weren’t ‘the wife of…’, ‘the mistress of…’ or needed ‘rescuing’.

“Most important for me is knowing that Connie has inspired so many women and young girls to seek careers, seek independence and strive to be their best.”

Will Amanda return to Casualty?

Deborah Sathe, Senior Head of Content Production for Holby City and Casualty says: “We are going to miss Amanda playing chief of the ED Connie.

“Connie has led the ED, her team, and our Casualty audience through COVID.

“The quest to restore Casualty to our screens was not an easy one, and we owe a huge debt to Amanda and the whole team for delivering some of the most extraordinary episodes Casualty has ever broadcast.

“We look forward to welcoming Connie back in due course.”