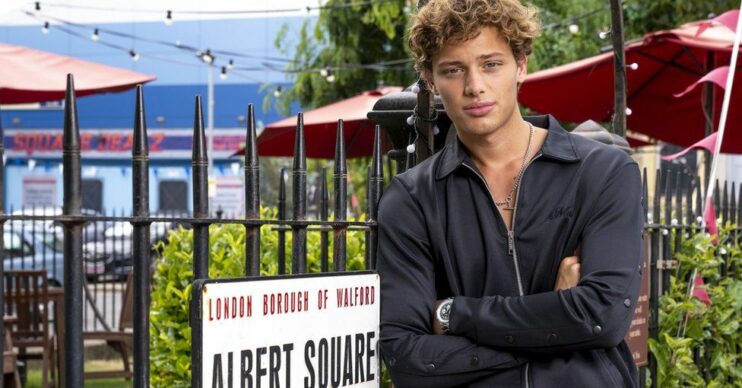 Ahead of his debut on EastEnders, model and actor Bobby Brazier has  split from his girlfriend.

The 19-year-old had been dating model Liberty Love, with the pair going public with their romance just two months ago. However, it appears it’s already over.

The news comes just as Jade Goody’s son has joined the cast of EastEnders as Freddie Slater, son of Little Mo.

Liberty is the daughter of director and DJ Don Letts. So far, fans have spotted she hasn’t congratulated Bobby on his new role in EastEnders.

Insiders told The Sun the young couple ended their relationship just two months on from making their red carpet debut together.

For Bobby, it’s onwards and upwards. The teenager, who has posed for major brands such as Dolce and Gabbana, is being called a rising star in the industry.

Bobby, who was five when mum Jade Goody died of cancer, has also opened up about his mum and his relationship with fame.

In his interview with The Face in April, Bobby heartbreakingly explained how the iconic reality TV star’s public persona is all he has left of his beloved mother. He said: “I don’t feel like I’ve missed out on a mum. It’s normal life to me. I’ve kind of spent more life without her than I did with her.”

When asked if he “misses” Jade, the teenager replied: “I don’t. Because I don’t feel like I was with her long enough to miss her.”

Bobby also explained how he feels Jade and his family were dealt an “unfair” hand. He commented: “I miss what could’ve been. I hear all the time she was such a presence, that she was one of a kind. What hurts most is that it wasn’t just losing anyone, it was losing Jade.”

Additionally, he added: “I just would’ve loved to have seen what other people had seen.”

Who will Bobby play in EastEnders?

Bobby, son of Jeff Brazier and Jade, is set to make his acting debut as Freddie Slater, the son of legendary Little Mo Slater and nephew of Kat. The actor has already begun filming and will appear in the BBC One soap in autumn.

Freddie Slater was last seen in 2006. He was written out of the show alongside mum Little Mo when the pair left to start a new life away from Walford.

Commenting on his role, Bobby said: “Stepping into the acting world has always been a vision of mine and doing that with EastEnders as a Slater is a blessing. I’m very grateful.”

Freddie’s return will see him as a very different character from when viewers last saw him 16 years ago. EastEnders’ executive producer Chris Clenshaw described the new Freddie as “chaotic”.

He said: “Freddie Slater is a chaotic 18-year-old with a sensitive soul, a modern-day lad who’s in touch with his spiritual side.”

Additionally, he also described Bobby as “an amazing young addition to the EastEnders cast, who brings heart and humility to the role”.