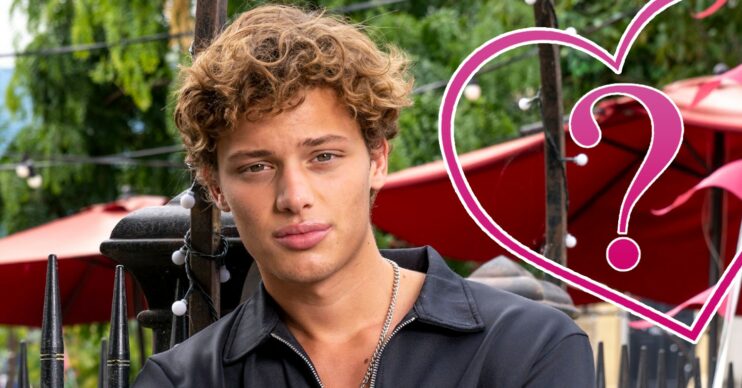 Bobby has already started filming with the cast for scenes to appear on screen from autumn.

In a joint post with EastEnders, Bobby shared the news of his new job.

And his fellow cast members were quick to welcome him.

A fan quickly commented: “Hands off him, Dotty!”

And Bobby teased back: “I don’t mind, Milly.”

Could this be a hint of who Freddie will fall for?

Dotty’s been in an on/off romance with Vinny Panesar, but although he’s smitten, she doesn’t actually like him like that. So could Freddie be the one to sweep her off her feet?

Who is Freddie Slater in EastEnders?

Freddie is the son of Little Mo, who was conceived when she was raped by Graham Foster. Husband Billy Mitchell didn’t want her to keep the baby, but she was adamant and gave birth to Freddie.

She and Billy then divorced.

Little Mo and Freddie departed Walford in May 2006 when Freddie was just a baby.

Now 18, he will arrive back on a mission. But it’s one that is set to end in heartbreak…

Full of energy and mischief, he has a heart of gold and is sweet like his mum. But there’s no denying he’s a Slater at heart.

Bobby, 19, is the son of the late Jade Goody and Jeff Brazier.

He began modelling when he was 16-years-old and EastEnders will be his acting debut.

Bobby has a younger brother, Freddie, 17, who is following him into the modelling industry.

Jade tragically died from cervical cancer in 2009 when her boys were just six and four.

They have been brought up by their father TV presenter Jeff, who has often spoken about their struggles with grief and how proud he is of his sons.

What did Bobby say about joining EastEnders?

On his new role, Bobby said: “I’m really excited to be joining the cast of EastEnders – so far it’s been perfect.

“Everybody has been so beautiful to me and made settling in easier than I could’ve hoped.”

He continued: “Stepping into the acting world has always been a vision of mine and doing that with EastEnders as a Slater is a blessing, I’m very grateful.

“Loving every minute of Freddie so far and can’t wait to see what’s in store for him in Walford.”