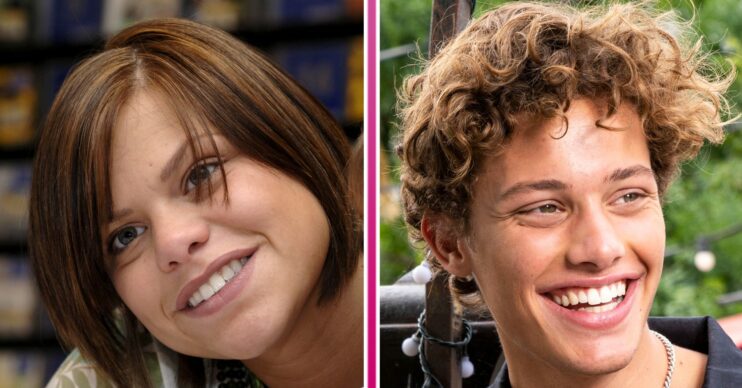 Her son is making his acting debut

Fans are thrilled with his casting.

And they also think his mum would be equally as proud of her boy.

Read more: EastEnders spoilers: Lola and Jay back together as tragedy looms

Jade tragically died from cervical cancer in 2009 when Bobby was just six-years-old.

Bobby has since been brought up alongside his brother, Freddie, 17, by dad Jeff Brazier. Jeff, has often spoken about their struggles with grief and how proud he is of his sons.

Bobby’s EastEnders casting was announced last night and the role will be his acting debut.

The 19-year-old shared the news on his Instagram page and was inundated with congratulatory comments from fans.

But many pointed out just how happy his mum would have been with the news.

“Your mum Jade would be so so proud of the person you have become,” said one.

Another agreed: “Your mum would be so proud of you.”

“Mum would be so proud! Looks so like her!!” said a third.

A fourth added: “Jade would be so proud.”

Who is Freddie Slater in EastEnders?

Freddie Slater, the son of legendary Little Mo Slater and nephew of Kat.

Freddie was conceived when his mum was raped by Graham Foster.

Little Mo kept the baby, despite it meaning the end of her marriage to Billy Mitchell, and Freddie was born.

He left Walford in May 2006 when his mum took him to start a new life. He was just a baby.

He’s now 18 and will arrive on the Square with a mission that looks set to end in heartbreak.

He’s energetic with a heart of gold, but gets into lots of trouble!

He might be sweet like his mum, but he’s not shy and is clearly a true Slater at heart!

What did Bobby say about joining EastEnders?

On his new role, Bobby said: “I’m really excited to be joining the cast of EastEnders – so far it’s been perfect.

“Everybody has been so beautiful to me and made settling in easier than I could’ve hoped.”

He continued: “Stepping into the acting world has always been a vision of mine and doing that with EastEnders as a Slater is a blessing, I’m very grateful.

“Loving every minute of Freddie so far and can’t wait to see what’s in store for him in Walford.”

Chris Clenshaw, the executive producer of the show added: “Freddie Slater is a chaotic 18-year-old with a sensitive soul.

“A modern-day lad who’s in touch with his spiritual side. He’s philosophical, accepting, but full of mischief and makes mistakes.

“Bobby is an amazing young addition to the EastEnders cast who brings heart and humility to the role of Freddie Slater and I can’t wait for audiences to get to know him.”