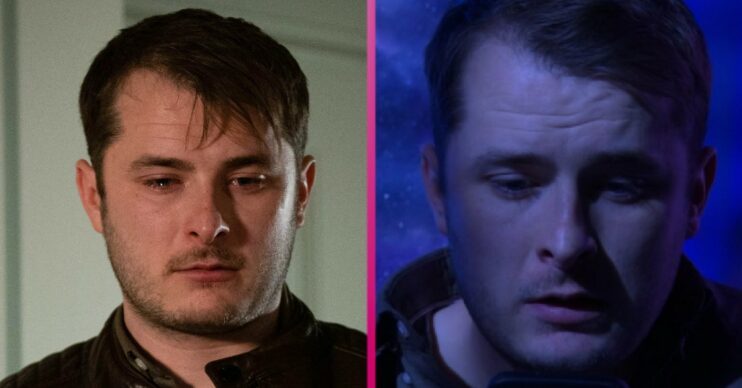 EastEnders has responded to the complaints

The BBC has responded as EastEnders viewers made complaints over Ben Mitchell‘s rape storyline.

The scenes have been part of a pre-announced storyline which the soap hopes will raise awareness of male rape.

However the BBC has released a statement after fans complained the scenes were too much for pre-watershed viewing.

What did EastEnders fans say?

One wrote: “Is it just me or foes anyone else think that Ben’s rape was so violent that it should have gone out after the watershed… or at least had a warning for parents with younger viewers in the room?”

Is it just me or does anyone else think that Ben's rape was so violent that it should have gone out after the watershed..or at least had a warning for parents with younger viewers in the room? #Eastenders

A second said: “I guess the TV watershed doesn’t exist anymore then?”

#Eastenders I guess the TV watershed doesn't exist any more then?

Another said: “Just watched and I’m sorry but that did go too far for before 9pm.

Just watched and I’m sorry but that did go to far for before 9pm. That would have been harrowing even at 10/11pm. #EastEnders

How did the BBC respond?

In a statement to respond to official complaints, the BBC reminded viewers that EastEnders has always been at the forefront of tackling serious issues.

The BBC stated: “EastEnders has been a pre-watershed BBC One staple for over 37 years and has a rich history of dealing with challenging and difficult issues and Ben’s story is one of these.

EastEnders has been a pre-watershed BBC One staple for over 37 years.

“We have worked closely with organisations and experts in the field to tell the story which we hope will raise awareness of sexual assaults and the issues surrounding them.

“We are always mindful of the timeslot in which EastEnders is shown and we have took great care to signpost this storyline prior to transmission, though on-air continuity and publicity as well as providing a BBC Action Line at the end of the episode which offers advice and support to those affected by the issue.”

Did you watch last week’s EastEnders? Leave us a comment on our Facebook page @EntertainmentDailyFix and let us know what you think.