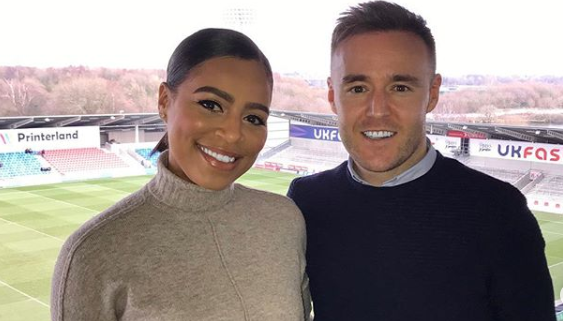 Rumours have been going around about the pair for quite some time...

Alan Halsall and Tisha Merry’s friends are relieved their romance is out in the open.

The Coronation Street actor – who plays Tyrone Dobbs on the ITV soap – and the former cobbles star (Steph Britton) went public with their relationship at his co-star Sam Aston and Briony Aston’s wedding on Saturday (04.05.19), after the pair had told their pals to keep quiet about their coupling.

The couple had both shared the same image of themselves embracing in the sunshine at Sam and Briony’s wedding.

Tisha simply wrote a yellow heart emoji as her caption, and Alan posted in the comments: “You’re not a bad plus-one I suppose.”

In February, Alan shared a picture of himself and Tisha but the pair played down romance rumours at the time.

He wrote: “Day out at the rugby”