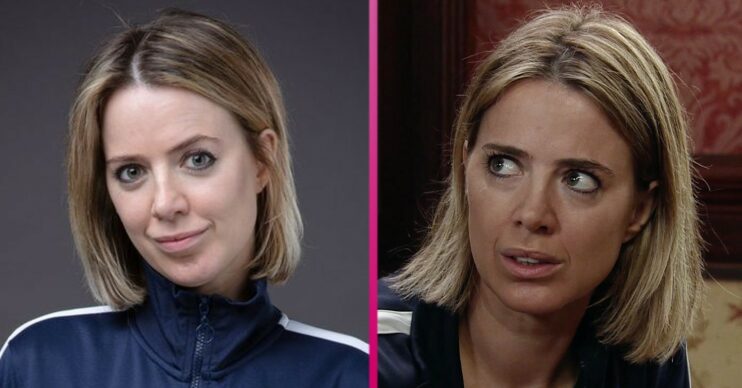 The mechanic has become a national treasure

Coronation Street has done it again and turned a deeply unlikeable newcomer into a beloved national treasure.

When she first arrived on Corrie in 2017 she was a mess.

A drug abuser who neglected both her eldest son Seb and her young twins Charlie and Lexi.

Viewers first met her after she allowed her boyfriend to beat her son – failing to protect him.

But after losing her twins and being forced to be a mother to Seb and make up for all the pain she caused him, the real Abi began to emerge.

She kicked the drugs, and said goodbye to her twins who now live in Australia with their adoptive parents.

Finding love on the cobbles with Ray Crosby, Abi was left humiliated by his vile ways and took revenge – before finding true love with her boss Kevin Webster.

The loss of her son Seb hit her hard – but she didn’t relapse.

And when it came down to it she didn’t kill his murderer. She’s come quite the way from the woman we first met.

Few characters can pull off comedy wedding vows – but Abi does it.

During her wedding to Kevin this week, Abi started by speaking from the heart, gushing over her love.

And she told the registrar to stop looking at her and to get on with things – typical Abi humour.

Her world might be collapsing but she’s always got a caustic one-liner handy.

She may have failed to be a decent mother to her own kids – but Jack is giving her a chance for a do-over.

And my goodness is she taking it.

Spending most of her mothering career off her face on drugs, Abi doubts her own instincts.

But this week has shown that she will always put Jack before herself.

She is broken when she discovers he knows about her plan to kill Corey – and devastated by what it has done to him.

However he feels the same way and it’s clear that she is every bit the mother he needs.

Friendship with Roy and Nina

Roy Cropper has been a father figure to some of Corrie’s most legendary modern creations.

Fiz Stape, Carla Connor and Becky McDonald to name but a few.

And now that list includes Abi. He talked her out of murder and lied to the police for her – and changed her life in the process.

And their touching relationship is something that Corrie does best – creating chosen families over a bacon butty and a cup of tea.

All great soap icons need a frenemy behind them and Abi’s got the best one yet in Debbie Webster.

She’s shrewd, ruthless and smart – and she keeps Abi on her toes at all times.

But she’s also there for her when she needs her.

If Abi ever struggles with her issues – you can bet your last penny that Debbie will be there to haul her up and hold her accountable.

All the while mocking her for wearing her garage overalls into the pub.