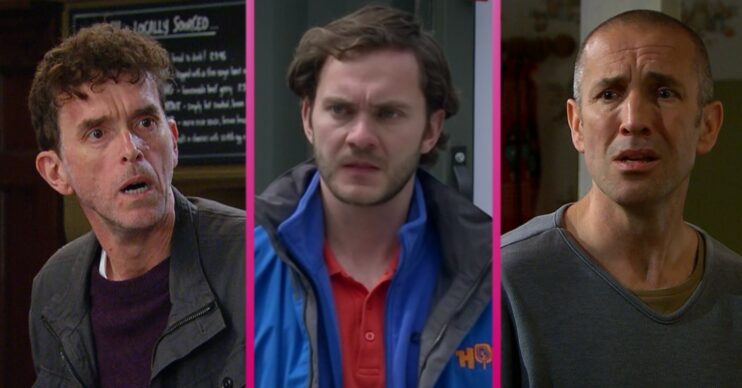 Please Meena, do it for us all!

In Emmerdale serial killers never last long – and Meena Jutla will be no exception.

Having already claimed two victims in the village, the nurse is well on her way to being exposed, but before she does there’s still a lot of deadwood to cut through.

And here’s where we think she should go next!

Next Emmerdale victims for Meena

What can you say about Ben Tucker?

Well, as it happens, not a lot.

Not even an alcoholic father and a kayak could make him interesting.

He’s saddled to drip Aaron Dingle – who’s never met a tear he doesn’t like, so give him some more.

Would anyone miss Sam Dingle?

Literally. Would anyone notice if he stopped barging into a room and randomly shouting – in stunted vowels no less – about something not being fair?

He adds nothing to the show, never mind the village.

And can anyone really say they care about his pigs or chickens?

Sam might not be the most challenging kill for Emmerdale nutcase Meena – but it would be the most rewarding for us!

Not even homelessness in winter could rid us of Bob Hope.

He’s got more children than anyone needs, none of them interesting, and he seems to spend his time attempting to be funny.

If anything it would be a mercy for Emmerdale murderer Meena to turn her attentions to him.

And to think Viv Hope died instead of him.

What would turn Emmerdale baddie Meena into a public service – rather than a dangerous serial killer – would be if she killed off people every time Marlon overreacts to the smallest problem.

His £7.95 hand-made lasagne not quite living up to the ready meal equivalent – fire up the nukes, Marlon’s going to blow!

It’s a wonder he can get through the day with all the histrionics.

Please Meena, put him and us out of our misery.

There’s not much to be said for dear Brenda.

She’s got two awful children, a worse ex-husband, she’s in a bizarre relationship with the miserly Eric Pollard, and she seems to spend most of her time moaning.

Frankly she’s begging to be murdered.

Who do you think Emmerdale killer Meena should get rid of next? Leave us a comment on our Facebook page @EntertainmentDailyFix and let us know what you think!