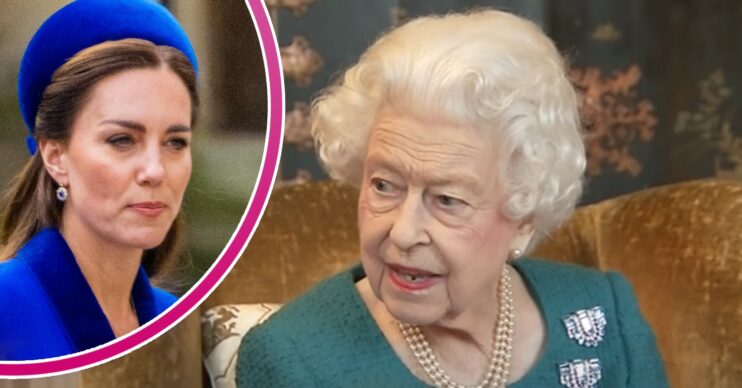 Her Majesty and Kate now share a close bond, it's said

The Queen reportedly once had “grave concerns” about Kate Middleton before her engagement to Prince William.

The Duchess of Cambridge, 40, shares a close bond with Her Majesty, 96.

However, before Kate and William became engaged, the Queen apparently had some doubts over the future duchess.

The Queen and Kate Middleton

Royal expert Katie Nicholl once claimed that the Queen had concerns “privately”.

Ms Nicholl wrote in her book, The Making of a Royal Romance: “Privately she had grave concerns and believed that Kate needed to have a job and an identity in her own right before an engagement was announced.”

In April of this year, the royal couple marked 11 years of marriage.

And it seems they’re still just as in love as they were back then.

Earlier this week, the Duke and Duchess of Cambridge attended a charity polo match in Windsor.

The couple showed off some PDA during the match, which William played in.

In photos, William and Kate share a kiss as she presented her husband with a trophy.

According to body language expert Judi James, William and Kate acted like a “young couple on a first date”.

She added to Mail Online: “Their eye contact as they close in for the kiss. This level of close-quarters eye contact shows a very loving relationship.

“Kate’s gaze even moves down to William’s lips, which is a flirtatious gesture.”

Ms James concluded: “Their matching, synchronised arm touches. These show compatibility and a very relaxed approach to touch between them.”

According to reports, the family are relocating to Windsor from Kensington Palace.