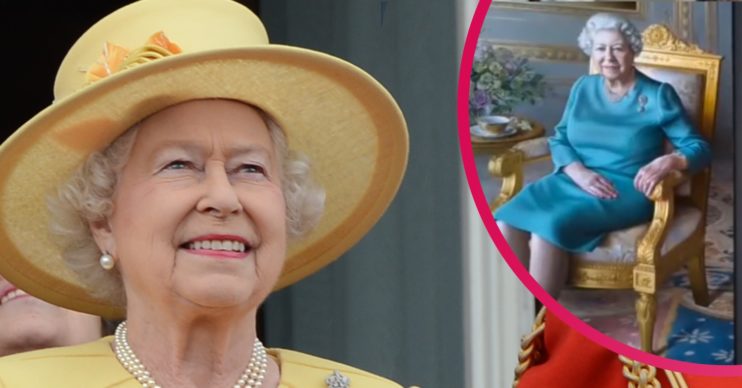 The Queen’s amusing response to her portrait revealed by artist

The Queen had an “amusing” response when she saw a new painting of herself, according to the artist who produced the impressive portrait.

Last week, the Queen paid a virtual visit to the UK Foreign Office as she thanked staff for their role in getting Brits home during the coronavirus pandemic.

What did the Queen say about the portrait?

As part of the engagement, a new portrait of the Queen was unveiled.

And the 94-year-old monarch had a hilariously down-to-earth response to the painting.

That’s according Miriam Escofet, the artist behind the work.

Read more: The Queen will be ‘most upset’ by claims in Finding Freedom book about Meghan and Harry

She said of the meeting, as reported by the Mirror: “[The Queen] seemed to react very positively to it. When I explained certain elements of the painting, the tea cup, she made some amusing comments.”

The Queen and she made this very humorous comment.

Miriam explained how she included the Foreign Office insignia on the cup as an interesting detail to spot.

She continued: “It felt really right to apply it to the tea cup. Suddenly this very humble object carries this symbolism representing the FCO and linking the portrait to its destination.

“I explained this to the Queen and she made this very humorous comment about how there’s no tea in the cup. I said I’m afraid the tea has been sacrificed for the symbolism.”

When the Queen’s Instagram page posted pictures from the digital meeting, royal fans rushed to comment on her appearance in the video call.

The monarch looked radiant in a yellow floral dress and followers flooded the comments to say she looked really “pretty” – and seemed visibly “pleased” with the painting.

Read more: The Queen could reportedly reunite with her grandchildren at Balmoral this summer

The caption read: “The new portrait of Her Majesty – unveiled at the start of the call – was commissioned by the @ukforeignoffice and pays tribute to The Queen’s contribution to British diplomacy, having visited over 100 countries throughout her reign.”

One follower commented, “Her Majesty is still a very beautiful woman and has aged very gracefully!” and another said, “Stunning portrait”.

A third wrote, “She looks so pretty in that yellow!” while a fourth said, “Look how cute Queeny looks on Zoom”.

The Queen The Royal Family