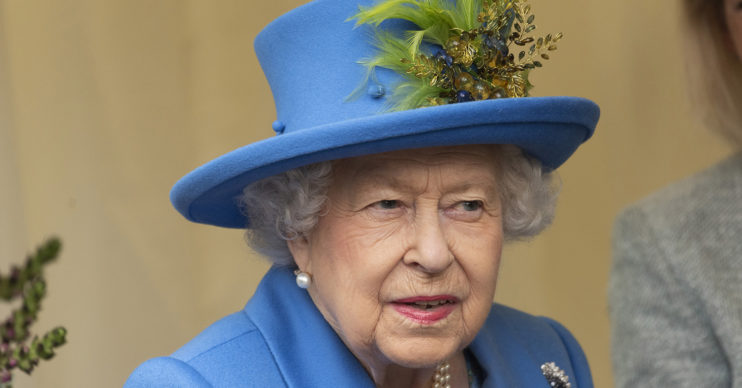 The monarch may permanently exile the couple from the royal fold

The Queen will be ‘most upset’ by the revelations made in the upcoming book Finding Freedom.

A source close to the royal family has said the monarch will likely be deeply hurt by the book’s claims.

The book delves into the alleged reasons behind Meghan Markle and Prince Harry leaving the royal family.

Speaking to Vanity Fair, the source said: “It’s going to open old wounds at a time when everyone wanted to move on.

Read more: Princess Diana would be ‘devastated’ by William and Harry’s fall-out

“I think the person who will be most upset about it all is the Queen.”

The Queen, 94, is believed to have initially got on well with Meghan, 38.

The pair enjoyed several official engagements together. The Queen also appeared to deliberately choose charities for Meghan to be ambassador for that reflected her interests and past career as an actress.

While a Senior Royal, Meghan was made a royal patron for The National Theatre and for the Mayhew animal shelter.

However, the upcoming book makes various negative claims about the royal family.

Amongst them, it is claimed that cruel names were given to Meghan behind her back.

It also claims that they felt alienated in their new roles, and pushed aside by Prince William and Kate Middleton’s popularity.

Royal experts have already predicted that this sensational book will forever tether Prince Harry’s relationship with his paternal grandmother.

Permanent exile for Meghan and Harry?

A royal source told the Mail that Meghan and Harry may face permanent exile from the royal family.

The Queen was set to review their roles a year or so on from them stepping down from their roles.

But, the source claims, the door to return may no longer be open.

“The review period has not yet been discussed but it doesn’t seem if there is any way of going back now,” they noted.

“Some very private family matters have now been aired in public, seemingly with their blessing. That will be hurtful.”

Do you think the Queen will welcome Harry home? Share your thoughts with us on our Facebook page.